Browse the article How Missile Defense Systems Will Work 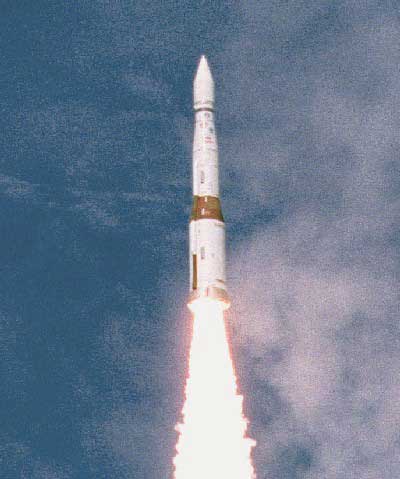 The United States has plans to deploy a national missile shield within the next decade.
Photo courtesy BMDO

A National Missile Defense (NMD) system has been the topic of much debate in the United States for more than half a century. According to its supporters, such a system would provide a sort of protective shield against a limited missile attack. In 1999, the U.S. Congress decided that the time for talk was over -- they passed a bill calling for the implementation of the NMD system to defend the United States from a growing number of countries developing long-range missile technologies.

During the 2000 presidential campaign, George W. Bush made it clear that his administration will strongly back a NMD program, even at the expense of damaging U.S.-Russian relations. Russia has protested the U.S. government's plans for a national missile shield. Since taking office, Bush and Secretary of Defense Donald Rumsfeld have pushed ahead with plans to build the $30.2-billion missile-defense system, and might have it operational as soon as 2005.

If you've wondered how the U.S. is planning to target and destroy enemy ballistic missiles, you'll want to read this edition of How Stuff WILL Work. We'll take you inside the U.S. Defense Department's plans, and detail how NMD radar systems and weapon interception will work. 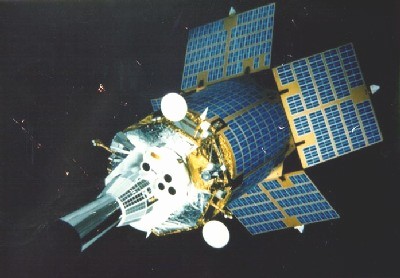 ­The NMD that is being developed now is a toned-down version of the missile-defense system proposed by President Reagan. Forget the lasers and high-speed projectile weapons. The current system will not be the impenetrable force-field that was envisioned in the Strategic Defense Initiative (SDI). Instead, the United States is working on a ground-based missile-defense system that can respond to a limited missile attack. There are five parts to this NMD system:

The first part of NMD will involve detecting the launch of enemy missiles and tracking them. Data gathered by a system of radar and satellites will be sent back to personnel at the BMC3, who then will take appropriate action. Let's take a look at the three components that make up the detection and tracking system of NMD.

Once radar has determined that an enemy missile has been launched and is targeting the United States, the next phase is to trigger one or more of the one-hundred interceptor missiles to destroy the enemy ballistic missile before it reaches U.S. air space. In the next section, you will learn how these interceptors will target and destroy enemy missiles.

A payload vehicle launched from the Army's Kwajalein Missile Range in the central Pacific Ocean during Integrated Flight Test 5 on July 8, 2000. This particular test was unsuccessful.
Photo courtesy BMDO

The whole idea of a NMD system is to provide a type of shield that will guard against a light ballistic-missile attack. Tracking enemy missiles by radar is all well and good, but the point of the NMD system is to shoot them down before they get to U.S. air space. This will be no small task for the American military, and there is still much testing to do. Let's take a look at one of the NMD's ground-based interceptors.

The ground-based interceptors include two parts:

The Battle Management, Command, Control and Communications (BMC3) is the nerve center of the NMD system. It begins tracking the threatening ballistic missile as soon as it is launched by an enemy state. Information about the enemy missile, including trajectory and probable impact point, is relayed to the BMC3 from space-based sensors and ground-based radar. In about 20 minutes after the enemy missile is launched, an interceptor takes off. This interceptor is programmed with information gained from the radar.

After the EKV is finished with calibration, it will seek out, acquire and guide itself toward the target without any external guidance or communications. This happens about six minutes after takeoff. Then, the EKV draws a figurative bull's eye on the targeted ICBM and begins a collision course. If everything goes according to plan, the EKV will collide with the target 120 miles (193 km) above Earth.

The process of pinpointing, aiming an interceptor at and then killing the target with an EKV is very complex. There are many components that have to be coordinated in real time, and the entire procedure is completed less than 30 minutes after the enemy missile takes off. Some critics have said that the system is too complex to work effectively. The military has had mixed success in testing the system.

The idea of a missile-defense shield received a lot of attention about two decades ago, when then-President Ronald Reagan proposed his Strategic Defense Initiative (SDI). SDI called for the deployment of space-based weapons that would shoot down intercontinental ballistic missiles (ICBMs). Its proposed use of lasers and spacecraft led the media and critics to dub the system "Star Wars." While Reagan's ambitious defense plan focused the world's attention on missile-defense systems, the origins of such a system dates back to the beginning of the Cold War.

In 1946, following the discovery of a Nazi missile program, which included plans to launch ICBMs at New York City, the U.S. Army began to study interceptor missiles that could destroy incoming ballistic missiles. In 1961, the Army achieved the first successful intercept of a dummy ICBM warhead, which led to a major push for the deployment of a national defense shield. Six years later, the nation's first missile-defense program, called Sentinel, was deployed.

Negotiations between the United States and the Soviet Union over the proliferation of arms yielded the Anti-ballistic Missile Treaty (ABM) of 1972. The ABM treaty banned national missile-defense systems and was intended to prevent the further escalation of the arms race between the two countries. Under this treaty, the U.S. and the Soviet Union agreed to limit missile-defense systems to two sites per country, with no site having more than 100 interceptors. The number of sites was reduced to one in 1974. The United States placed its site in Grand Forks, N.D., but closed it in 1976.

Through the late 1970s and early 1980s, the military turned its attention to developing a missile-defense system that did not rely on warhead-equipped interceptors. To this end, the U.S. Army developed a sensor and guidance system that enabled an interceptor to collide with an enemy warhead. This technology was demonstrated in 1984. (A year earlier, President Reagan had announced his Strategic Defense Initiative (SDI) in a televised national address).

Following the end of the Cold War, some suggested that Reagan's SDI plans were no longer necessary. In 1991, President George Bush called for a revised missile-defense system that would use ground-based rocket interceptors. In that same year, the world saw the first engagement of a ballistic missile and a missile defense system during the Persian Gulf War, when an American Patriot missile destroyed an Iraqi Scud missile. Bush's plans laid the groundwork for the system now being backed by his son, George W. Bush.

In 1998, a congressional commission released the Rumsfeld Report, which stated that several countries would have the ability to strike the U.S. mainland within five to 10 years. Six weeks after the report was released, North Korea tested a three-stage missile that passed over Japan. North Korean testing led the U.S. Congress to pass the National Missile Defense Act of 1999, which committed the United States to establishing a missile-defense shield. NMD is projected to be operational by 2005.