Snow and ice cover dunes on Mars in this image recently captured by the Mars Reconnaissance Orbiter; unlike on Earth, this snow and ice is made of carbon dioxide, not water. NASA/JPL/University of Arizona

Skiers will go a long way to shred some fresh powder. Whether it's trotting off cross country in search of the best slopes, risking an avalanche to get a few runs in or even jumping out of a helicopter onto an untouched patch of fluffy snow, the desire to conquer a new adventure with two poles and a pair of sleds attached to your feet knows no bounds. If some fascinating new photos from NASA are any sign, the next big ski destination may be extraterrestrial.

A roving NASA spacecraft called the Mars Reconnaissance Orbiter (MRO) popped a series of high resolution shots recently, detailing dunes dusted with what looks like snow. A closer peek, however, revealed that the cold, white substance is more like what we here on Earth know as dry ice — frozen carbon dioxide. The frosty layer cracks and melts in the sunshine. It also wanders into small ridges that keep the ice cold and create some pretty interesting patterns. They almost look like some of those crop circles that creative farmers (and/or their drunken neighbors) mow into the grass out in the middle of nowhere to make it look like an alien landing pattern.

The MRO has been out there buzzing around the red planet since 2014, snapping photos to give scientists, researchers and just plain curious folks a glimpse at what's happening on the surface of our neighbor. Unfortunately, we humans are not ready to hit the interplanetary slopes just yet. Mars doesn't have an atmosphere as hospitable as ours, leading to harsh weather conditions on the ground. That makes it tough for anything to survive on the planet, let alone a couple of ski bunnies who usually spend their winters on Tahoe.

In Mars' ancient past, "mega-tsunamis" swept across its surface after two separate large meteorites struck the planet, permanently changing the Martian terrain — but also leaving evidence Mars was once covered in cold, salty oceans. 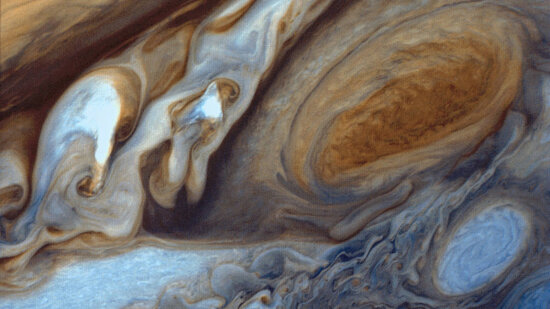 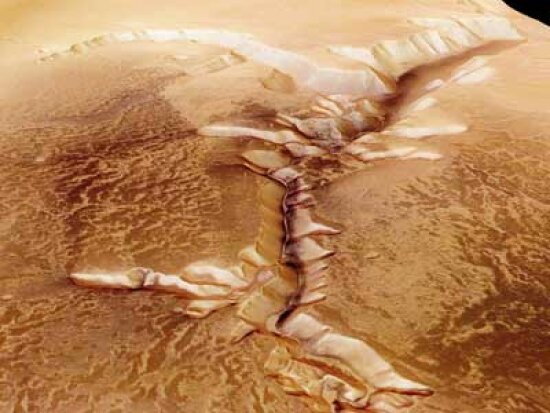 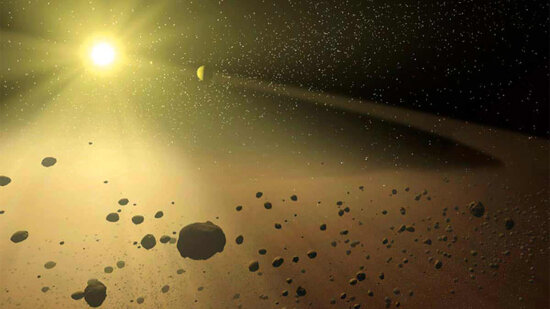