NASA Thinks Augmented Reality Is the Future of Tech Support

Your toilet breaks. Bummer. But wait. A plumbing expert shows you how to repair it — without either of you needing to leave your homes. This is the sort of future that could be delivered by augmented reality systems, like Microsoft's HoloLens. And it could happen soon.

Now imagine that, instead of being a mild-mannered citizen, you're an astronaut aboard the International Space Station (ISS). Something a lot more life-threatening than a toilet could break at any moment. Astronauts go through years of training, but no one can be personally familiar with every single component on the entire station. A broken part that goes unfixed could mean millions of dollars in mission damage — or put astronauts' lives at stake.

It's easy to see why NASA is trying to send the ISS a few HoloLens augmented reality systems, which consist of a head-worn, computerized display with a transparent screen that can overlay digital images on top of what's really in front of you.

In this HowStuffWorks Now video, we talk about the SpaceX Falcon 9 malfunction that previously prevented HoloLens headsets from reaching the ISS, plus NASA's plan for getting them there in December 2015.

Meanwhile, here on Earth (in the United States and Canada, specifically), the HoloLens will be available to software developers in the first quarter of 2016. And media companies from Disney to Facebook are in talks to partner with the likes of technology entrepreneurs from Oculus to Google, all in the interests of bringing other applications of augmented reality to the public. Near-future applications could include personalized museum guides, enhanced video game experiences, home design applications and even immersive children's coloring books. If you haven't already, learn more in the HowStuffWorks Now video above.

'Made in the USA' Behind Bars: Is Prison Labor Really 'Slave Labor'?

'Made in the USA' Behind Bars: Is Prison Labor Really 'Slave Labor'? 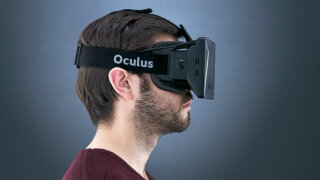 How the Oculus Rift Works 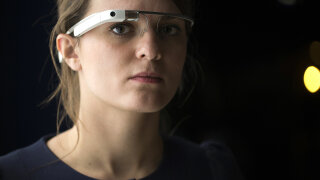 Fw:Thinking Video: Is Microsoft HoloLens the Future of Computing?