NASA plans on setting some fires in space capsules in a series of experiments named Saffire (the Spacecraft Fire Experiments). It's not part of a plan to roast marshmallows in space — NASA wants to see how microgravity will affect larger fires. It's also an opportunity to see how NASA's fire-prevention strategies work in a spacecraft in orbit.

This isn't the first time the agency has played with fire, but previous experiments were limited in size. You may have seen pictures of a candle lit in space, where the normally elongated yellow flame is instead a small globe of intense blue-purple fire. Saffire will aim to create a much larger fire to see what happens.

To do this, NASA will rely on one-use spacecraft like the Cygnus. On March 22, NASA launched a Cygnus craft to send scientific supplies to the International Space Station. Once the cargo is offloaded, the spacecraft will detach from the ISS and move to a safe distance. Then the fire experiment can begin aboard the unmanned vessel.

The fire will happen in a chamber inside the Cygnus. A panel of cotton-fiberglass material will serve as fuel. An electrified wire running along one edge of the panel will heat until it ignites the material. Sensors and cameras will record the experiment and send data back to Earth.

What happens next? We're not sure. It may be that microgravity restricts how large a fire can grow.

Two more Saffire experiments will follow in later months to gather more information. The second one (Saffire-II) will include materials commonly used in space suits and spacecraft to test how fire-resistant they really are in microgravity. The third experiment (Saffire-III) will be another attempt to see how flames spread in microgravity.

NASA plans to use the data to form next-generation fire-prevention strategies, which will be critical for any long-term space missions, such as a crew flying to Mars.

Watch the video above to get more details on what's poised to be the largest ever man-made space fire. 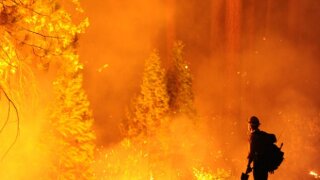 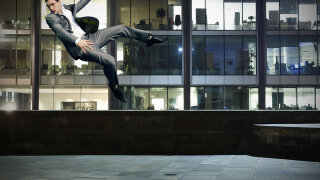