Browse the article Why are the auroras seasonal? 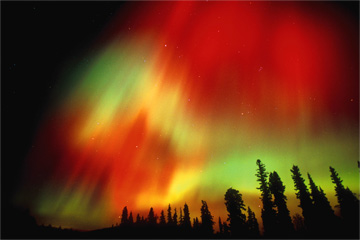 If you've ever wandered outside to see a night sky splashed with green or red billows of color, either you have access to interesting drugs, or you've seen an aurora firsthand.

If you're in the latter category, it's safe to say that your sky-gazing took place during spring or autumn. Long, dark nights that aren't miserably cold make a nice atmosphere for auroras to live. Although there are some ideas as to why auroras make their strongest showing in the time surrounding the fall and spring equinoxes (roughly Sept. 23 and March 21), no one knows the full reason why geomagnetic storms spike during that period.

And with that casual mention of geomagnetism, we should all get on the same page about what an aurora is. At their heart, the wondrous auroras we know and love originate from solar storms interacting with Earth's magnetic field (which can cause -- you guessed it -- geomagnetic storms). The solar wind contains energized particles that enter our magnetic field. That influx of solar energy is eventually transferred to atmospheric ions, mostly nitrogen and oxygen ions. Those excited ions give off that extra bit of energy as light, and an aurora is born. It's actually a lot like the way we get neon light [source: Taylor]. But, of course, an aurora can be 60 miles (100 kilometers) or more high, and we can view it in the chilly night sky [source: Taylor].

While many who haven't seen an aurora think of it as a rare phenomenon, there's actually one occurring somewhere on Earth at all times [source: Lummerzhein]. Now granted, that aurora isn't necessarily the ghostly, painted pattern that we all typically think of. When the solar wind is calm, only those in extremely high latitudes would be able to see it -- in fact, they might not be able to see it at all, as it could be terribly faint. 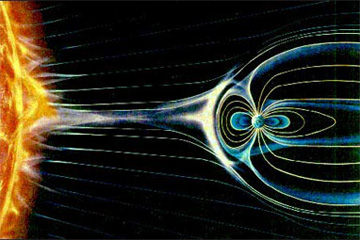