by Mark Mancini May 31, 2018
Hot enough for you? The temperature on June 20, 2017 in Phoenix, Arizona. The 400-month unbroken streak of worldwide hotter-than-average temperatures goes back to January of 1985. Ralph Freso/Getty Images

Planet Earth just hit an unfortunate milestone. The evidence is clear: Human activities — like the burning of fossil fuels — are the main driving force behind modern climate change. A disturbing piece of trivia about the scale of this problem was included in a new report from the National Oceanic and Atmospheric Administration (NOAA). As noted in the document, April 2018 was the 400th consecutive month with above-average global temperatures. That streak began more than 33 years ago and it isn't likely to snap anytime soon.

The Past as a Measuring Stick

Ahira Sanchez-Lugo is a scientist at NOAA's National Centers for Environmental Information. Part of her job is to put climate data from the 21st century into historical perspective. She's also interested in the ways that climate and weather patterns have affected human societies.

NOAA publishes monthly Global Climate Reports — the most recent of which was about the trends and temperatures observed in April 2018. To make sense of these findings, we've got to understand the frame of reference. What exactly do climatologists mean when they say that a given month is higher or lower than "average?"

Please note — once again — that the temperatures mentioned above are purely hypothetical. Now let's dive into the real data, shall we?

That makes April 2018 the 400th month in a row to exceed the 20th century's global averages. (Likewise, March 2018 was hotter than the average 20th-century March; February 2018 was hotter than the average 20th-century February, and so on.) The streak goes all the way back to January 1985 — when Madonna's "Like A Virgin" topped the Billboard Charts and Ronald Reagan was being sworn in for his second term as president.

Imagine for a moment that humanity didn't exist and, as a consequence, no one was around to burn fossil fuels en masse. In our absence, would Earth still be going through this prolonged period of warmth?

The evidence says "no." True, there are natural forces that can prompt rises or falls in the global temperature. An example of this would be El Niño, long stretches of unusually warm water temperatures in the eastern and central Pacific that arise every two to seven years. El Niño is part of a cycle called the El Niño Southern Oscillation (or ENSO). Another phase of this is La Niña, a cold spell that grips these same Pacific waters periodically.

Due partly to the vastness of the Pacific, El Niño and La Niña years have a measurable influence on the planet's overall climate. The global surface temperature tends to rise while during El Niño and tend to drop during La Niña — something you can clearly observe in this handy graph from NOAA.

This pattern is still going on, but the goal posts have shifted. The aforementioned graph shows that from 1980 to 2017, surface temperatures climbed overall — despite the expected fluctuations induced by El Niño and La Niña. For instance, even though March 2017 was not part of an El Niño period, its average surface temperature was still higher than usual.

NOAA's Sanchez-Lugo tells us that "if we were to remove the human factor," there would still be global temperature variations in accordance with the ENSO cycle. On the other hand, the "upward trend" documented in the graph would not exist. Natural processes alone can't explain the rapidly-climbing temperatures we now face. Mankind bears most of the responsibility for those.

April 2018 was a punishing month for much of the world's population. The temperature in Nakwabash, Pakistan peaked at 122.4 degrees Fahrenheit (50.2 degrees Celsius), which could be the hottest April temp that's ever been recorded anywhere on Earth. Atypical heat was a common refrain in Europe and South America: Poland, Germany and Argentina also had their hottest Aprils on record in 2018.

"With a warmer climate, droughts and heat waves are expected to occur more frequently and [become] more intense, potentially affecting our health, agriculture, water quality and availability, etc.," writes Sanchez-Lugo. She adds that overheating is just one of the medical problems associated with rising temperatures. "You can have an increase in water-borne diseases due to flooding because of extreme precipitation." Furthermore, "air quality can be affected [by] increased wildfires due to extreme heat and dry conditions." The World Health Organization echoes her concerns. By their estimates, the 2030s and 2040s will see 250,000 climate change-related deaths per year.

Now That's Scary
Of the 18 hottest years in recorded history, 17 have occurred within the 21st century. 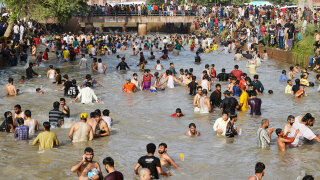 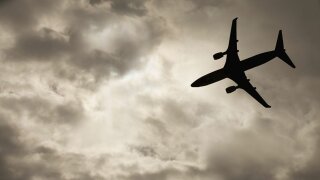 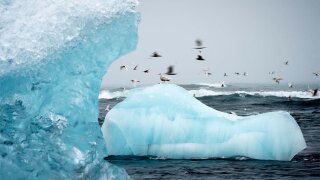