by Patrick J. Kiger Feb 6, 2017
The atmosphere protects those of us here on land from cosmic radiation. So what about those who spend time above the clouds? Buena Vista Images/Getty Images

If you're reading this from your seat in a jetliner cruising through the stratosphere at 36,000 feet (10, 972 meters), it probably seems like a pretty serene place. After all, you're well above the clouds and weather, and much of Earth's atmosphere itself. What you probably don't realize, though, is that just above you, cosmic rays — a stream of high-energy particles from deep space — are crashing down into the atmosphere, causing all sorts of molecular-level carnage.

And try not to flinch, because you're getting bombarded with cosmic rays as well. Back on Earth's surface, the thickness of the atmosphere pretty much filters them out. But in the thin air of the stratosphere where airplanes fly, there's little cover.

Fortunately, most research on the subject indicates that occasional air travelers probably aren't getting that much of a dose. The Centers for Disease Control and Prevention estimates that a cross-country flight exposes an average traveler to about 3.5 millirems of radiation, which is less than the amount of radiation in one chest X-ray. But it's more of a risk for pilots and airline crew, who spend a whole lot more time in the sky. Cosmic radiation can break down DNA and produce free radicals, which can damage parts of cells. (Free radicals, it should be mentioned, aren't exclusive to cosmic rays and can also be generated by substances found in fried food, alcohol, tobacco smoke and air pollution, among other sources.)

The good news is that NASA's studying high-altitude radiation to get more precise numbers on exposure and improve real-time monitoring for everyone who flies. To that end, researchers in New Mexico launched a giant helium balloon last September carrying NASA's Radiation Dosimetry Experiment. Also known as RaD-X, this array of instruments measures cosmic rays coming from the Sun and interstellar space. The scientists recently published an article on their work in a special issue of Space Weather Journal.

NASA prepares to launch a balloon to lift its RaD-X system to the stratosphere.
Christopher Merten/Getty Images

"The measurements, for the first time, were taken at seven different altitudes, where the physics of dosimetry is very different," Chris Mertens, principal investigator of the RaD-X mission at NASA's Langley Research Center in Hampton, Virginia, said in a press release. "By having the measurements at these seven altitudes we're really able to test how well our models capture the physics of cosmic radiation."

The mission also tested two new radiation-measuring instruments — the RaySure detector and the Teledyne TID detector — that may be installed in aircraft in the future.

The flight profile of NASA's RaD-X system.
NASA
Now That's Interesting
According to NASA, aircraft crew members are exposed to twice as much cosmic radiation as they would receive on the ground. 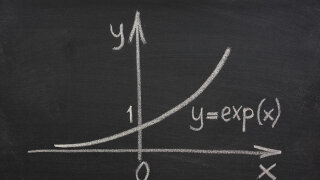 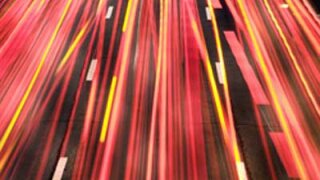