Waves crash around the Oceana Pier as the outer edges of Hurricane Florence begin to affect the coast in Atlantic Beach. Chip Somodevilla/Getty Images

As Hurricane Florence took aim at the East Coast of U.S. on Thursday, Sept. 13, 2018, North Carolina Gov. Roy Cooper stood before news cameras and issued a stern warning in the most sober of terms: "This is a powerful storm that can kill. Now is the time to get yourself to a safe place and stay there." It was, and is, a simple fact. Hurricanes will kill you. In many, many ways.

Hurricane Florence was packing sustained winds of 140 mph (225 kph) Wednesday night before they dropped to 105 mph (168 kph) and it was downgraded to a Category 2. But as the storm approaches the coast, the area covered by hurricane-force winds has doubled, meaning more people will be impacted by winds 74 mph (119 kph) or greater.

But the weakening winds shouldn't ease anyone in the impact zone because it's the rain and storm surge with Florence that will be catastrophic. The storm surge — essentially the water pushed ashore by all that wind — is predicted to be up as high as 13 feet (3.9 meters). That's 13 feet higher than the water level normally would be. Once Florence makes landfall some time Thursday, it's expected to regain strength and stall over inland North and South Carolina on Friday afternoon, dumping torrential rainfall — as much as 40 inches (1 meter) in some areas. The flooding from rain and storm surge could be unprecedented.

According to the National Weather Service, drowning from this type of storm surge, which can travel several miles inland, is the leading cause of death related to U.S. hurricanes. "If you're looking at a 6- to 9-foot surge ... you're not going to get out of there. You're done," says Carl Parker, a hurricane specialist at The Weather Channel. "It's really important to remember that water has tremendous power, tremendous force. It can very easily destroy things."

The wind and the surging seas by themselves are deadly. But that's just the tip of what a hurricane can do.

"There are a lot of different threats," says Parker. "Rainfall flooding actually causes about a quarter of the fatalities. That can actually hit you from both ends. If you're looking at these inlets ... the rivers are filling up from all this heavy rainfall, the waters are trying to run out to the ocean, and at the same time water's coming into the ocean, so that magnifies that water-level rise in those areas."

Drowning from the rains that Parker describes, the ones that swell inlets and rivers, is the second-leading cause of death from hurricanes, according to the NWS. The rains, and the flooding they cause, can go on for days after the storm has passed.

The threats to life continue, too, in many different forms.

It's More Than Just Wind and Water

According to the National Hurricane Center, 90 percent of U.S. deaths in hurricanes come from water. Other causes? The New York Times listed some after Hurricane Sandy ripped through in 2012:

Power outages will be a major problem, as well. Duke Power expects up to 3 million customers in North and South Carolina could lose power — that's 75 percent of its customer base in the two states. "The magnitude of the storm is beyond what we have seen in years," Howard Fowler, Duke Energy's incident commander, said in a statement. More than 20,000 people are in place to restore power — the largest resource mobilization ever for Duke Energy. "Despite our workforce, customers should continue to make plans for their homes and facilities," Fowler said. "It's important for people to know this is no ordinary storm and customers could be without power for a very long time — not days, but weeks."

Maybe the most pressing threat to life, and certainly the most avoidable, is not from Mother Nature. It's some people's hardheaded insistence to stand in the path of a hurricane.

Millions of people have evacuated more than 300 miles of coastline of North Carolina, South Carolina, Georgia and Virginia. Many, though, have stayed. "As we all know, this is one of the largest, most devastating storms in the history of the east coast of the United States," North Myrtle Beach Mayor Marilyn Hatley said on CNN on Sept. 12. "It is so important that people listen to the mandatory evacuation ... we have been begging people to leave. Once those winds get above 40 miles per hour, we can't send our emergency officer out to help you."

The Galveston Hurricane of 1900 had storm surges from 8 to 15 feet (2.4 to 4.6 meters) that completely swamped Galveston Island and parts of the coast of Texas. The storm killed somewhere between 6,000 and 12,000 people, making it the deadliest weather disaster in American history, according to the National Hurricane Center. 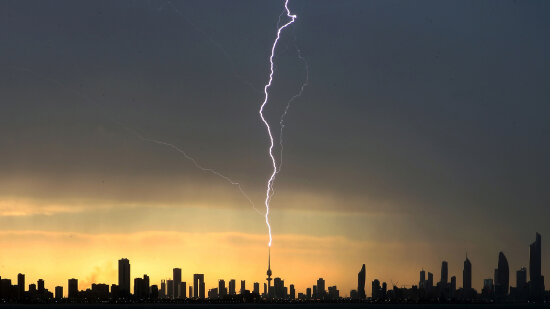 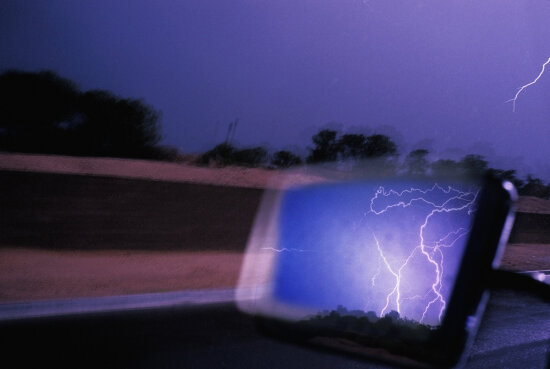