by John Perritano May 30, 2017
A large tornado passes just to the west of the city of Halstead, Kansas, on May 6, 2015. Travis Heying/Wichita Eagle/TNS via Getty Images

Tornado season typically starts in the United States in early spring and lasts through the summer, but these deadly storms can form any time of the year. In 2017, for instance, 134 tornadoes touched down in January alone, far beating the yearly average of just 16 for that month.

But now a new study published in Geophysical Research Letters may give those living in the Great Plains — aka Tornado Alley — more understanding into these violent storms and how they cause damage — and even kill.

Researchers at Florida State Universityreviewed 872 tornadoes between 2007 and 2015 that resulted in injuries and deaths. They then took those numbers and applied an economic principle known as elasticity to determine how the casualty toll played out. Economists use elasticity to figure out how two measurements, such as supply and demand, for example, are related.

When scientists applied the elasticity formula to tornado science, they were shocked. The consensus among scientists and meteorologists has always been that the more people in the direct path of a tornado, the higher the casualties would be. The researchers at Florida State found that to be true: There was a 21 percent increase in the causality rate when the population the path of a tornado doubled.

But they also determined that the storm's energy had a much more significant effect on casualties. There was a 33 percent increase in the number of fatalities when the energy of the tornado doubled. "It's somewhat surprising because we're led to believe it's just a problem with exposure — the more people in the way the more casualties," James Elsner, chair of the FSU Department of Geography said in a press release.

Researchers also discovered that the number of people living in a tornado's path actually decreased when the storm is stronger. The reason, researchers surmise, is that the more powerful the storm, the larger its area of impact and the more likely the storm is to pass through undeveloped areas.

Scientists say that although this research is just at its starting point, it can help local emergency management officials model how many casualties they can expect when a tornado threatens their communities. 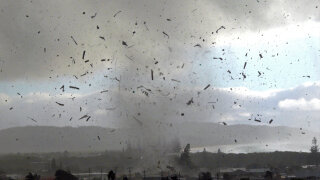 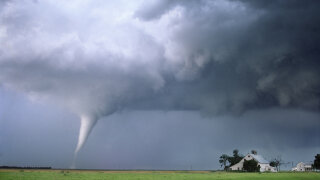 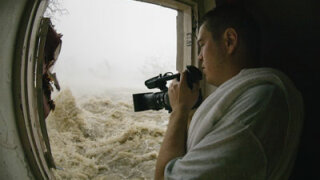