Could Seahawks fans cause a major earthquake? 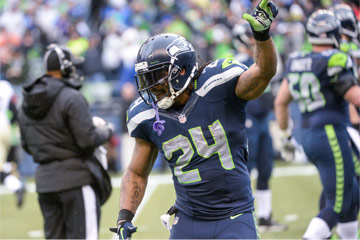 The man behind much of the shaking, Marshawn Lynch, and Seattle fans celebrate the Seahawks' NFC divisional playoff win against the New Orleans Saints. Browse our earthquake image gallery.
© Joshua Weisberg/Icon SMI/Corbis

Residents of the Pacific Northwest are no strangers to earthquakes. The area is virtually crawling with fault lines, not the least of which is the Cascadia subduction zone, where the Juan de Fuca plate meets the North America plate and then heads below it.

Somewhat less familiar to Northwesterners are championship sports teams. As of January 2014, Seattle was home to only one championship team in the last 35 years: the WNBA's Seattle Storm. So what are the chances that surprised and delighted Seattle Seahawks fans celebrating a victory don't just coincide with seismic activity but actually cause it?

According to the Seattle fans, it's obvious. They've christened the events "Beast Quakes," after running back Marshawn Lynch's 2011 touchdown run against the New Orleans Saints, which propelled the team to the playoffs. (Lynch's nickname is Beast Mode.) During and after the run, the Pacific Northwest Seismic Network reported activity on its station a block away from the Seahawks' CenturyLink Stadium. The acceleration (or the largest increase in velocity) reached 1/20,000th of a g, and peak motion of about 1/100th of a millimeter [source: Vidale]. According to the U.S. Geological Survey, seismologists measure the forces caused by the shaking as a percentage of gravity, or g. You'll typically see the amplitude of the seismic waves measured in millimeters. The USGS adds that you can think of amplitude as the size of the squiggly lines on an earthquake recording.

But were Seattle fans really behind this seismic swaying? When the Seahawks qualified for the playoffs in 2013/2014, the Pacific Northwest Seismic Network was even more prepared to answer the question. They placed two (and later three) portable seismographs inside the stadium to record if the good vibrations were coming from the fans.

The answer was pretty clear: Seahawks fans were causing seismic activity on big plays or wins. Now remember that seismologists aren't measuring the volume of the 12th Man in the stadium -- that's what the fans in attendance have collectively dubbed themselves. While the fans at the stadium set a Guinness World Record for decibel level in 2013 (137.6 decibels!), it's the movement of people jumping up and down, waving their arms and generally creating vibrations that scientists are measuring and recording [source: Seattle Seahawks].

Let's check out the next page for a little more in-depth analysis of how these small quakes are caused and measured, and see if fans actually could contribute to a major earthquake. 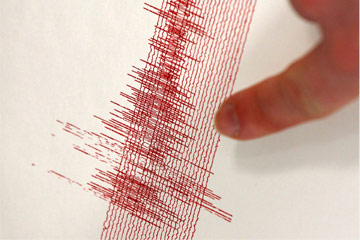 A seismogram at the Bensberg seismic station in Germany captures the Sept. 8, 2011, earthquake in Bergisch-Gladbach, Germany. The West German quake had a magnitude of 4.4 and caused no damages.
© Oliver Berg/dpa/Corbis

There's a reason that you don't hear seismologists claiming that Hawks fans caused a 1.2-magnitude earthquake. That's because a significantly different type of seismic activity produces this fan-generated shaking.

In a "normal" earthquake, a huge chunk of rock cracks quite suddenly, and energy is released. The waves travel outward from the origin and produce shaking, sometimes quite far from the source (see How Earthquakes Work for a more detailed explanation). When seismologists gauge those natural earthquakes, they're essentially looking to measure the maximum shaking and the distance of the shaking from the source to determine how strong the earthquake is.

Of course, when it's a stadium full of fans jumping and stomping and generally flailing about without any kind of synchronization, there's no one "measurable" source to speak of. Also, keep in mind that the seismometers are located around the stadium, so the shaking and vibrating surround the equipment. Normally, you'd be measuring an earthquake by how hard the shaking is at the seismometer, considering the distance the wave traveled, and that would tell you how strong the earthquake was at the source. In this case you're simply measuring how hard the shaking is at the seismometer, period. However, the Pacific Northwest Seismic Network does make a pretty general statement that these Beast Quakes are roughly equivalent to a very small, natural earthquake [source: PNSN].

The cool thing is that they can use the fan-caused quakes to study earthquake science. Studying the shaking and vibration at the stadium can help them to understand the activity at the source of a quake, and provides a unique opportunity to test equipment and train earthquake scientists and staff.

So are the Seahawks fans going to cause the city to finally experience The Big One? Almost without a doubt, no. As seismologists point out, these little quakes are very small potatoes compared to "even a moderate earthquake on a nearby fault" [source: PNSN].

To learn a lot more about earthquakes -- both natural and man-made -- check out the next page for more seismological info than you could shake a stick at.

Author's Note: Could Seahawks fans cause a major earthquake?

Apart from my extensive experimentation attempting to create new combinations of peanut butter and chocolate, I'm no scientist. But as a Northwest resident who has experienced both earthquakes and Seahawks games, I can confirm that both instances are equal parts nauseating and thrilling. Thus, my conclusion is that it's only a matter of time before Seahawks fans all jump up and down at once and cause the Big One.

How Tornadoes Work
How a Sharknado Would Work
Why the Inside of a Tornado Gets Super Cold, Leaves You Gasping for Air 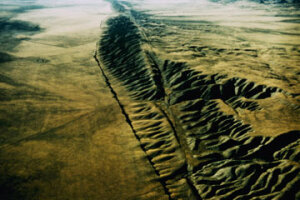 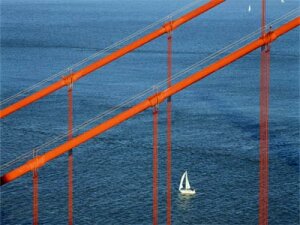