Many areas were completely destroyed by the 9.0-magnitude earthquake and the subsequent tsunami that struck northeastern Japan on March 11, 2011. Browse these haunting pictures of Japan's destruction following the earthquake and tsunami. 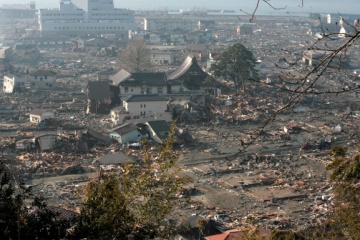 Otsuchi is one of the many cities utterly demolished by the 9.0-magnitude earthquake and the subsequent tsunami that struck northeastern Japan on March 11, 2011. 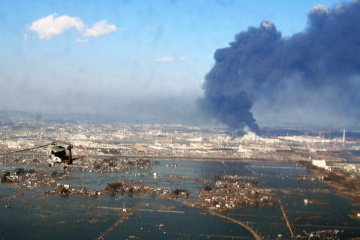 The scene from the air in Sendai was similarly bleak the day after the earthquake. This photo was taken aboard an SH-60B helicopter from Naval Air Facility Atsugi. 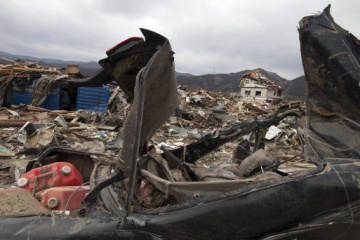 Rikuzentakata was also reduced to rubble during the course of the quake and the tsunami. 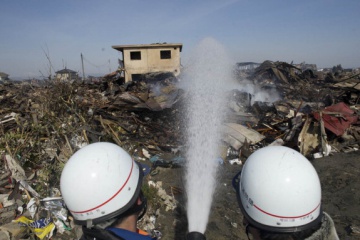 In this photo, rescue crews in Miyagi work to quell the flames of smoldering buildings. 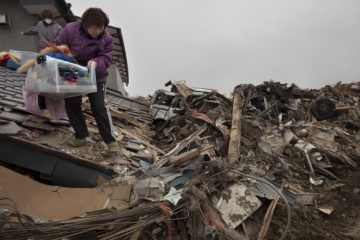 Residents carefully collect and extract any belongings they can recover from their devastated homes. Pictured here is Takako Sasaki of Rikuzentakata. 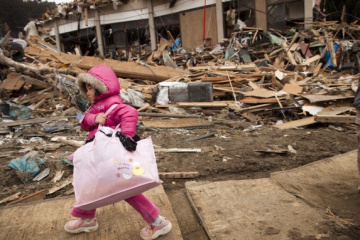 Everyone pitches in: Neena Sasaki, age 5, also of Rikuzentakata, totes some of her family's belongings. 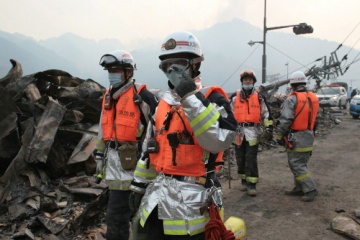 Firefighters from the Osaka Prefecture answer the call for emergency workers. 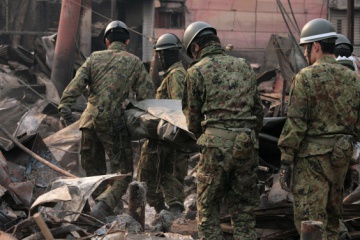 Soldiers dig through the rubble, looking for survivors in Otsuchi. 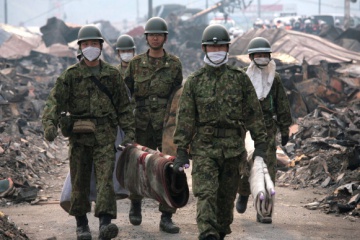 Rugs serve as makeshift stretchers while soldiers search for missing, potentially wounded, people lost among the many ruins in Otsuchi. 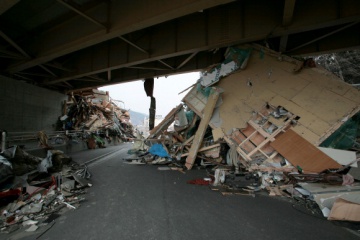 Still in Otsuchi, debris jumbled about in the chaos of the tsunami strew the ground. The wave reached up to 30 feet (10 meters) in some places. 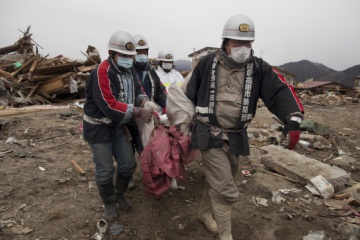 Rescue workers in Rikuzentakata struggle to recover the bodies of those who did not survive the massive earthquake and subsequent tsunami. 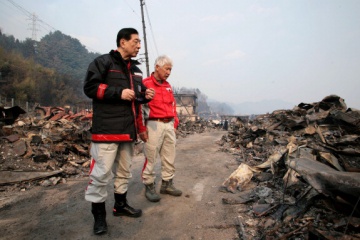 The president of the International Federation of Red Cross Japan, Tadateru Konoe (left) surveys the damage in Otsuchi. 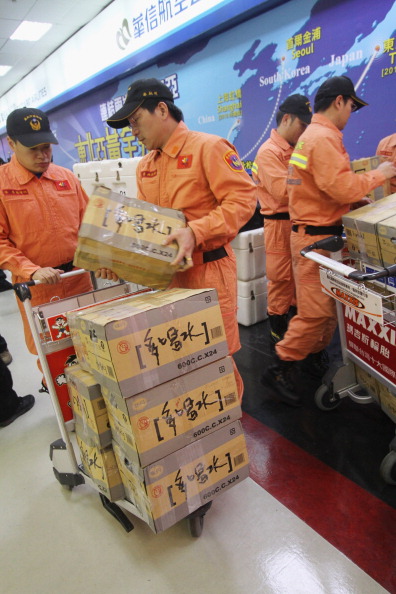 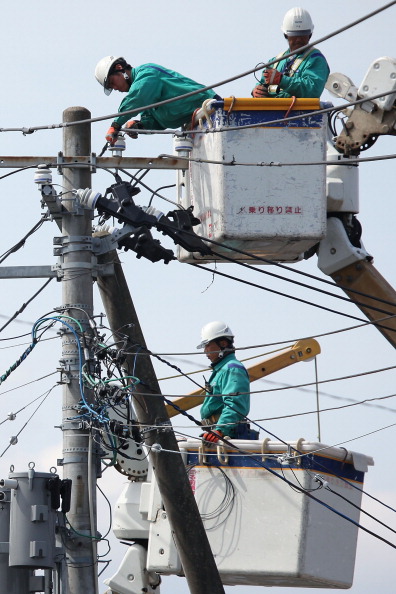 Utility workers attempt to restore electricity in Sendai on March 14, as millions of people remain without power. 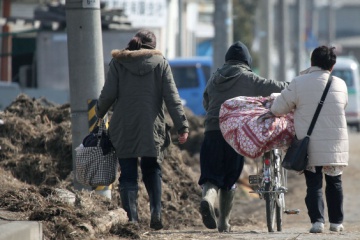 These residents of Sendai -- one of the cities closest to the epicenter of the earthquake -- are stuck walking. The tsunami hit hard in Sendai, and some of the most dramatic footage of the massive wave was shot there. 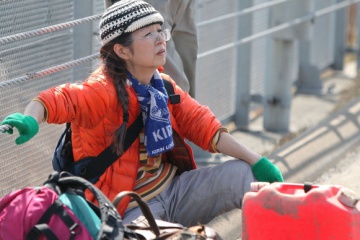 Many residents evacuated after the earthquake and the tsunami contributed to the disruption of power supplies to the Fukushima Nuclear Power Plant. 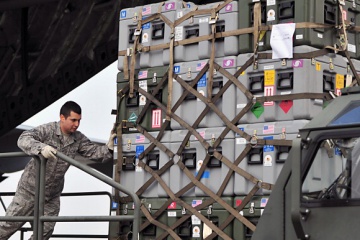 Food and freshwater are scarce in some places, although supplies are starting to come in. Pictured here is U.S. Air Force Staff Sgt. James Anderson unloading crates of humanitarian supplies at the Misawa Air Base. 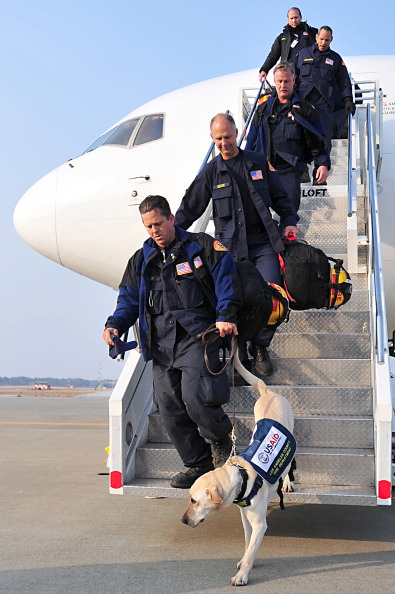 Search and rescue dogs handled by members of the United States Agency for International Development arrive in Japan on the March 13 to help search for survivors. 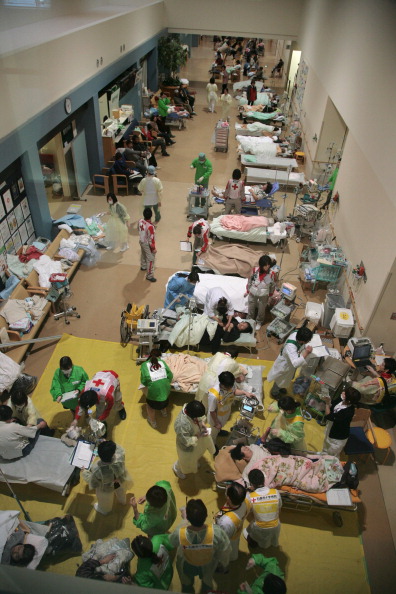 Evacuees find shelter at the Ishinomak Red Cross Hospital, one of many emergency operations running around northern Japan. 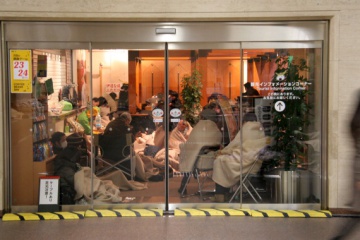 Even public buildings are serving as temporary shelter during these difficult times, although relief workers are making an effort to provide evacuees with supplies like blankets so they'll be more comfortable. It's hoped that survivors will soon be able to start rebuilding their lives.

How is volcanic ash made?
Marijuana Farmers Hit Hard by California Wildfires
Tiny Louisiana Community Is Rapidly Vanishing Due to Rising Seas