by John Perritano Jul 24, 2018
Absurdly powerful storms like Irma, pictured here slamming into Fort Myers, Florida, on Sept. 10, 2018, have led some to wonder if the Saffir-Simpson scale is still an adequate measure of the destructive potential of hurricanes. Spencer Platt/Getty Images

When Hurricane Irma roared across the Atlantic in September 2017, it became the most powerful hurricane to form outside the Gulf of Mexico and the Caribbean Sea. Irma was a monster Category 5 storm with sustained winds of 185 miles (298 kilometers) per hour. Irma cut a deadly path, devastating a small string of Caribbean islands and a chunk of the Southeastern United States.

As Irma pounded the region with ferocious wind, high surf and flooding rain, some scientists renewed their calls to change the Saffir-Simpson scale to account for the emergence of these so-called "super hurricanes." Scientists use the Saffir-Simpson scale as a yardstick to measure the destructive potential of hurricanes. The scale begins with Category 1, the least powerful and dangerous, and ends at Category 5 — the most catastrophic. Nearly a year after Irma made landfall, the idea of changing the scale continues to rage. In February 2018, climate scientists met in New Zealand to discuss, among other things, adding a new classification to Saffir-Simpson: Category 6. (In Australia and the Indian Ocean, hurricanes are referred to as cyclones.)

"Since the scale is now used as much in a scientific context as it is a damage assessment context, it makes sense to introduce a category six to describe the unprecedented strength 200 mile per hour storms we've seen over the past few years both globally [Cyclone Patricia] and here in the southern hemisphere [Cyclone Winston]," climatologist Michael Mann, director of Penn State University's Earth System Science Center, told the meeting as reported in The Guardian.

It was a sentiment echoed by James Shaw, New Zealand's climate change minister, who said Cyclone Winston, which in 2016 was the strongest cyclone on record in the Southern Hemisphere, could have easily been a Category 6. Here's Shaw, again as quoted in The Guardian: "The only reason it wasn't a category-six cyclone is because we don't have a category six, but we might need one in the future."

When Herbert S. Saffir and Robert H. Simpson developed the scale more than 40 years ago, people were not concerned about global warming and its role in fueling stronger hurricanes. Over time, however, climate change worsened, causing the temperatures of the oceans to rise. Hurricanes get their energy from warm water, and the National Center for Atmospheric Research says hurricanes will get wetter, have higher wind speeds and move more slowly as the planet's temperature continues to increase.

"We are seeing a qualitatively different type of hurricane now posing a threat to us and our infrastructure," Mann told NPR in June. Scientists, like Mann, are confident that as the oceans warm, we will see more storms with 200-plus mph (322-plus kph) sustained winds.

Chris Davis, senior scientist and lab director at the National Center for Atmospheric Research, begs to differ. He says a new category is not needed, because "it misses the point."

What is needed, perhaps, Davis says in an interview, is for the scientific community to rethink the Saffir-Simpson scale and reconfigure it to make it more holistic. While the scale factors in a hurricane's wind speed to communicate the level of risk to the public, it doesn't tell people anything about the scale of the destruction they could potentially face. A new classification system should be able to better communicate the destruction hurricanes pose.

For one thing, Davis says, it's not the wind that causes the most damage during a hurricane, but water, in the form of flooding and storm surge. "We have to think carefully about some of the other hazards and communicate them to the people, so they can understand," Davis says.

Here's a recap of the Saffir-Simpson scale:

Frankly, Davis says, there's nothing more people can do during a potential Category 6 hurricane than they can do for a Category 5, which is already designated as catastrophic. People would not take any additional action to protect themselves.

"Even though there is some indication that the storms are getting more intense, I don't know if it necessitates a higher scale," Davis says, adding a new classification system needs to be clear on what it means, and "how does it help" people. Such a system would help people decide what to do and evaluate the hazard they faced.

Now That's Interesting
A report by the Intergovernmental Panel on Climate Change said the upper top of the world's oceans warmed by about 7 percent from 1971 to 2010. 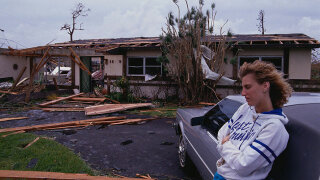 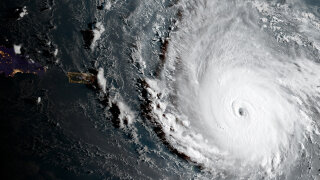 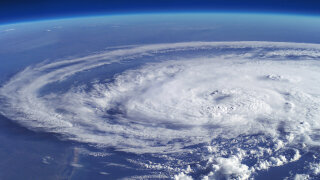