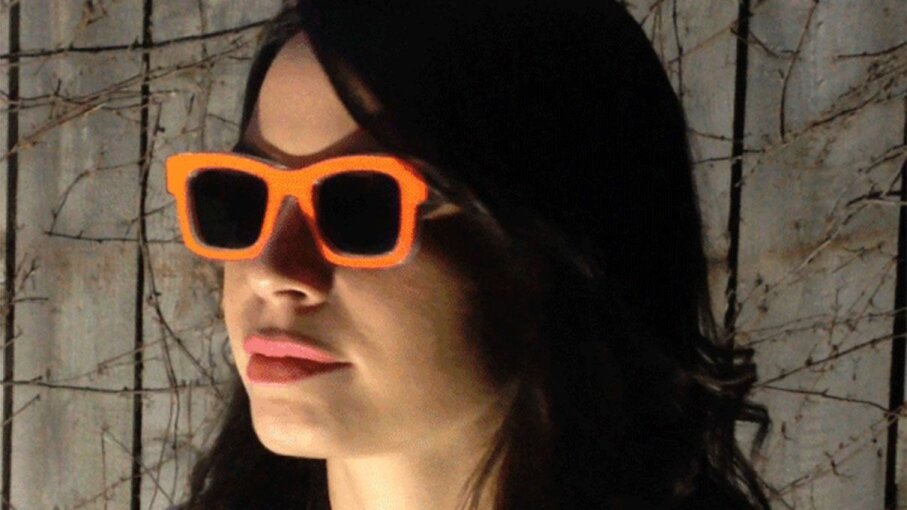 Reflecatcles reflect only visible light and will be available in seven colors, according to the inventors. Reflectacles

Reflectacles, a new kind of eyewear, is positioning itself to counter privacy intrusions from growing numbers of digital closed-circuit television (CCTV) security cameras in public and private spaces.

Unlike almost everything else in this digital age, Reflectacles — the brainchild of Scott Urban, a Chicago designer and maker of custom glasses — don't run on an app and they don't need to be turned on. The retroreflectivity of the resinous material the glasses are made of bounces incoming light back to its source and lights up the wearer and confounds security camera technology.

The simplest forms of retroreflectors use embedded glass beads to reflect the majority of the light that hits them. But prismatic versions, like those used in Reflectacles, contain microscopic cubes sliced in half to create prismatic triangular pyramids.

Inside the material, the pyramids are positioned with their triangular bases facing the intended reflective surface. Incoming light passes through the pyramid base and bounces around the three side faces until it is sent back out through the base in a beam parallel to the incoming light. Little light is lost in the process, making prismatic retroreflectors especially bright.

Urban will offer two types of Reflectacles glasses, which are currently in a Kickstarter campaign. One reflects visible light only, a quality helpful to cyclists and pedestrians who want to be seen in the dark. A second model called, “Ghost,” reflects both visible and infrared light, the invisible type used in security cameras. If you look into a CCTV camera wearing Reflectacles, the image of your face appears as a ball of light.

With his Kickstarter campaign already surpassing its funding goal of $28,000, Urban is primed to deliver his first reflective glasses next June.

How police and other security officials will receive them is still unknown, but Reflectacles have already gotten notice. “They are good for protests and such, where you don't want to be on [a police] list," Urban says. "It's just a small way in certain situations to take back your privacy a little bit."

Now That’s Interesting
Retroreflective materials have lots of uses, including lighting up road signs when car headlights hit them. On safety clothing, they can facilitate search and rescue. In 1973 the Soviets left a rover with retroreflectors on the moon and it’s returning light signals to Earth.