Nuclear power, for the most part, is a clean, alternative energy source, but nuclear meltdowns and disasters cause people to question the safety of the technology. See pictures of some of the most catastrophic nuclear meltdowns. 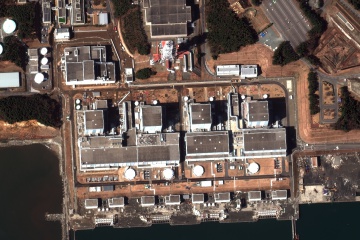 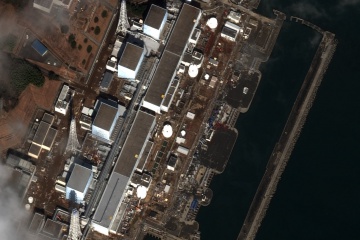 Early in the day on March 12 , all still looked well from above at the Fukushima Daiichi Nuclear Power Plant. The reactors had shut off automatically when the earthquake first struck. 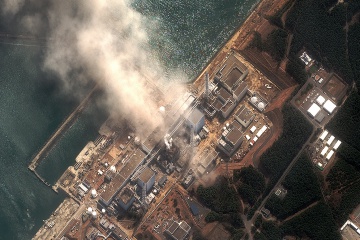 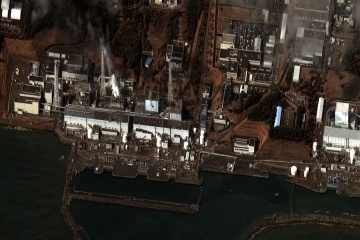 On March 15, an explosion occurred within the containment building enclosing reactor 2, and since then, there have been problems with fires at the site of reactor 4 as well. 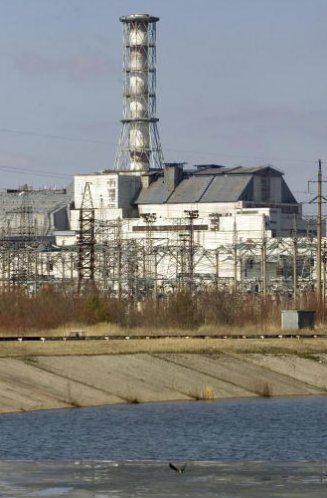 In the first days after the tsunami, levels of radiation escaping Fukushima Daiichi Nuclear Power Plant were quite low compared to the amount of radiation that poured out of Chernobyl, pictured here. When one of its reactors blew on April 26, 1986, the results were devastating. The Japanese reactors were built with containment structures and multiple failsafes that were completely absent at Chernobyl. 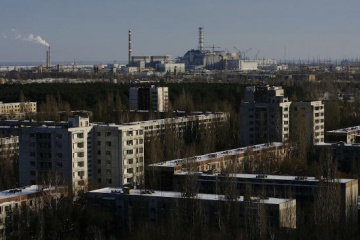 The city of Pripyat was evacuated following the accident at Chernobyl. It now stands starkly abandoned, encompassed in the 18-mile (30-kilometer) Exclusion Zone that surrounds the former nuclear power plant. The area is still largely considered too contaminated for fulltime residents, even 25 years later. 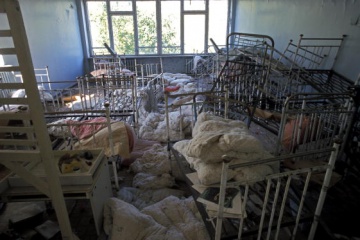 Somewhere around 200,000 people were evacuated following the Chernobyl accident -- close to 50,000 of them from Pripyat alone, which is located less than 2 miles (3 kilometers) from the plant. As seen here, many possessions and pieces of furniture were simply left behind in a jumble. 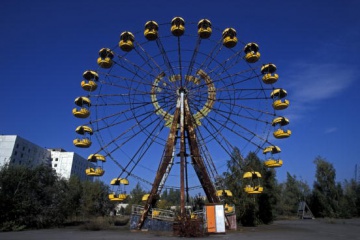 Prior to their hurried evacuation on April 27, 1986, after the nuclear meltdown at Chernobyl, the people of Pripyat used to enjoy family attractions like this Ferris wheel -- which probably hasn't spun in more than two decades and likely never will again. 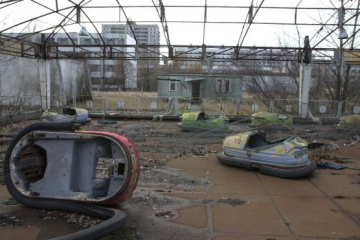 Another desolate and disconcerting sight: Bumper cars left abandoned by children yanked from their play to evacuate the city. Residents expected to be allowed to return to their homes in just a few days. 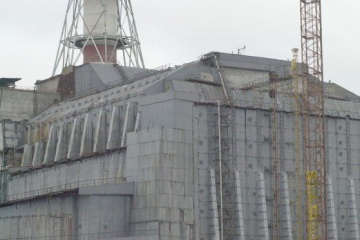 Instead, workers quickly covered the melted reactor core with concrete and steel. The structure -- now nearing obsolescence -- is often referred to as the reactor's sarcophagus. 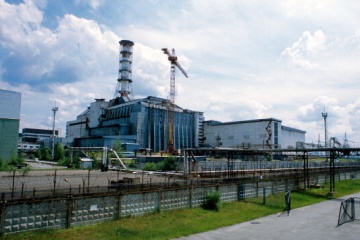 Seen here from a different angle, reactor 4's disastrous meltdown and colossal radiation leak didn't signal a halt to work at the plant as a whole. Amazingly, operations actually continued at the three other nuclear reactors that rounded out the Chernobyl set. The last one wasn't shut down until December of 2000. Now all the reactors at Chernobyl are in the early stages of a long decommissioning effort. 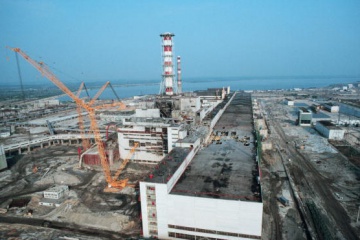 This photo was snapped just days after the 1986 explosion, deemed the worst nuclear disaster of all time. 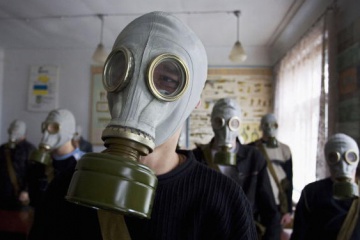 In 2006, students in Perschetravinskaya, Ukraine commemorated the accident at Chernobyl by participating in a radioactive pollution drill. Their town is located close to where the blast happened and should have been evacuated at the time, although that didn't happen. Fallout from the disaster was particularly severe in northern Ukraine and the western portions of Russia and Belarus. 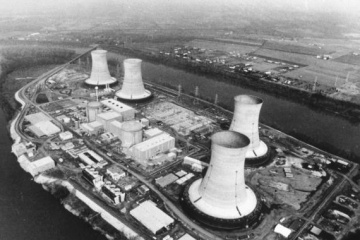 This vintage photograph, which portrays the Three Mile Island Nuclear Plant, was taken just months before a reactor at that facility triggered one of the worst disasters in nuclear power to date on March 28, 1979. 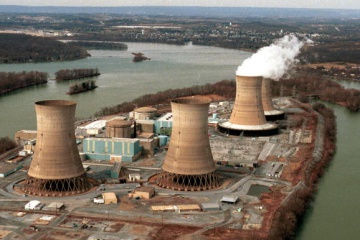 This more modern look at Three Mile Island (near Middleton, Penn.) shows reactor 2, the one that caused the nuclear meltdown disaster, in the foreground. 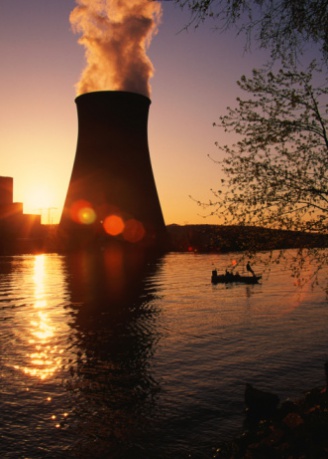 So what exactly is a nuclear meltdown? These next few images (which are not of actual disasters) will come with an ongoing explanation of what happens during nuclear meltdowns. 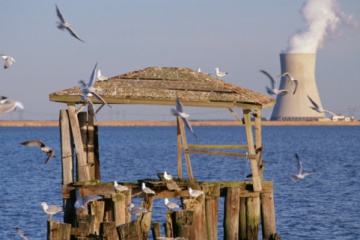 In modern nuclear reactors, control rods can be placed in between regular fuel rods to stop nuclear reactions in the event of an emergency. That process was accomplished successfully in the Japanese Fukushima Daiichi nuclear reactors, but the problems occurring there come from a catch: Even though nuclear reactions have stopped, there's still an awful lot of heat, and subsequently, radioactive gasses, that need to be safely dissipated. 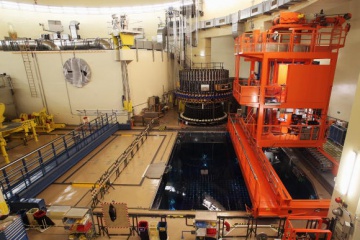 In the event of this sort of emergency, water is typically pumped inside the reactors to deal with heat dissipation, but at Fukushima Daiichi, the normal power supplies running those cooling systems were destroyed by the tsunami. Plant operators attempted to pump water and other coolants in manually, but the additions were boiling away too quickly. If hot fuel rods are exposed to air, they can overheat and start to melt their many layers of casing. 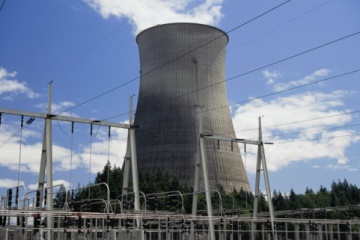 A partial meltdown occurs when core materials, namely uranium fuel pellets, begin to melt through their containment barriers. In a worst case scenario (full meltdown as opposed to partial) superheated radioactive materials may burn clear through all containment structures and contaminate the environment. 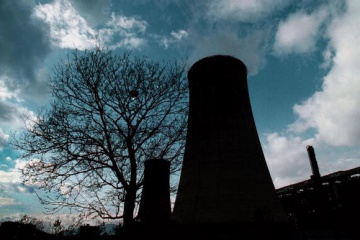 Workers worked round the clock to help mitigate meltdown-related disasters at the Japanese plants. To learn more about what went wrong at the Fukushima Daiichi Nuclear Power Plant, read How Japan's Nuclear Crisis Works.

Mathematicians Solve Sum-of-Three-Cubes Problem for the Number 42
5 Things You Didn't Know About Autopsies
What Are the 7 Diatomic Elements?