by Shelley Danzy Sep 5, 2017
Burying your nose in an old book can provide some useful information about its history and its chemical makeup. www.labicicletavermella.com/Getty Images

Pardon me, what fragrance is your book wearing? Researchers at University College London suggest that the nose knows. In an extensive study of smells, heritage and historic paper published in the journal Heritage Science, the authors argue the importance of documenting and preserving smells. But why?

The researchers realized that visitors at St. Paul's Cathedral Dean and Chapter Library in London frequently comment on the aroma of the space, saying they feel like they can smell history. Thanks to our limbic system, odors can make us pretty emotional, especially when they evoke memories. Scents affect how we experience different cultures and places, and help us gain more insight into and engage more deeply with the past.

Since smells are a part of our cultural heritage, the researchers posit, they have historical value and deserve to be identified, analyzed and archived. Using chemical analysis and sensory descriptions, the study authors set about figuring out a way for scientists and historians to do so.

In one experiment, the researchers asked visitors at the historic library to characterize the odors they smelled. More than 70 percent of respondents considered the library smell as "pleasant." All the visitors thought it smelled "woody," while 86 percent noticed a "smoky" aroma. "Earthy" (71 percent) and "vanilla" (41 percent) were also descriptors visitors chose often. Other responses ranged from musty to pungent, and floral to rancid.

In another experiment, the study authors analyzed the responses of 79 visitors to the Birmingham Museum and Art Gallery (U.K.) to the smell of a historic book from a secondhand bookstore. To capture the book smell, a piece of sterile gauze was soaked in 5 milliliters (0.17 ounces) of an extract of the book odor and placed in an unlabeled metal canister screwed shut to prevent visitors from peeking. The top three responses when the visitors were prompted to describe the smell? Chocolate, coffee and old.

The team even analyzed the volatile organic compounds (VOCs) in the book and the library. Most odors are composed of VOCs, or chemicals that evaporate at low temperatures. VOCs are often associated with certain smell types, like acetic acid with "sour."

Using the data from the chemical analysis and visitors' smell descriptions, the researchers created the Historic Book Odour Wheel to document and archive the "historic library smell." Main categories, such as "sweet/spicy," fill the inner circle of the wheel; descriptors, such as "caramel/biscuits" fill the middle; and the chemical compounds likely to be the smelly source, like furfural, fill the outer circle.

The researchers want the book odor wheel to be an interdisciplinary tool that "untrained noses" can use to identify smells and the compounds causing them, which could address conservators' concerns about material composition and degradation, inform artifact paper conservation decisions and benefit olfactory museum experiences. 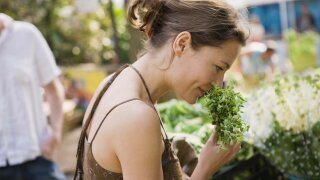 Kids Aren't Bad at Identifying Smells. They Just Aren't Familiar With Many. 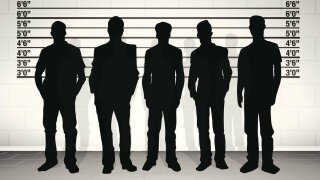