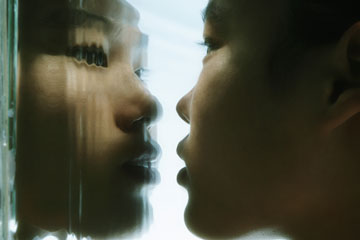 Might other universes mirror our own?
Adri Berger/Photographer's Choice/Getty Images

Consider Superman. Like many characters from the pages of DC Comics, the man of steel has suffered from incongruous story lines. Early writers gave him the ability to leap tall buildings in a single bound. Later, they upgraded the power to flying. Eventually, DC simply proclaimed that both the flying and leaping versions of Superman existed, each in its own separate universe.

Soon dozens of alternate-universe Supermans existed, ranging from the medieval British Superman "Kal" to the Soviet Superman featured in "Red Son." Although certainly a cool way to handle multiple takes on the same character, the multiverse approach has its roots in the world of theoretical physics. Hugh Everett III's 1950s Many-Worlds theory argued that the universe we know is but one of infinite parallel universes, each different from the last.

In some of these universes, the difference would be slight -- such as a parallel universe where everything is the same except you had a bagel instead of cereal for breakfast this morning. Other universes would differ in ways that alter reality on a grand scale. For instance, imagine a parallel universe with no gravity (although some would argue that gravity is the very thing responsible for the universe's existence.)

Some cosmologists use the Many-Worlds theory as a handy explanation for why life evolved in our universe at all. Their reasoning? There are countless universes where life never evolved, and various universes in which it evolved along similar lines as ours.

But let's get back to the science behind the theory. Everett's work changed comics forever, but he actually set out to explain why quantum matter behaves erratically. At the minuscule, subatomic level of quantum physics, many physics laws, those defined by Einstein's general theory of relativity, break down. Here, tiny particles of light called photons appear to change form at random. Physicist Werner Heisenberg even theorized that they change due to simple observation. Danish physicist Niels Bohr's Copenhagen interpretation takes this one step further, proposing that a quantum particle exists in all states simultaneously. Physicists call this state superposition.

Take these ideas and apply them to the entire universe, and a theoretical multiverse unfolds, composed of infinite universes. Some scientists theorize that an endless series of Big Bangs constantly birth new universes in what is known as chaotic inflation theory. String theorists not only speculate that parallel universes exist, but that they can come into contact with one another.

So do other universes like ours exist? Some scientists indeed believe that they do. For now, however, that belief can't be proven, and our universe remains the sum of known existence.

Explore the links on the next page to learn even more about quantum physics and other worlds.