How does the photoelectric effect support the particle theory of light? 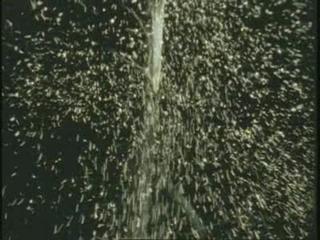 Light is the only way your eyes perceive things. They can detect when light hits an object, and they can detect when an object emits light. When scientists talk about light, they have the option to relate to light as a wave or as a collection of particles. Originally, the ancient Greeks thought light worked as a stream of individual units; they observed how light moved in straight lines and could bounce off a mirror in the same way that a ball could bounce off a wall. Even though no individual particles were ever actually seen, this particle theory was acceptable to many people.

Meanwhile, the light wave theory was developed by Christian Huygens in the late 1600s. His theory was furthered by Thomas Young in 1807 when he observed light passing through a narrow slit and then spreading out on the other side. He also realized that one beam of light could interfere with another beam of light. Young's experiments wouldn't have had the same results if light worked as a stream of particles. Instead of remaining in a directed beam of light, the light waves spread outward whenever they can.

Even though both theories are accepted, the light wave is the most common way that light is described, since our eyes take in light as waves and not particles. Still, the particle theory of light got a boost from Albert Einstein in 1905. He observed the photoelectric effect in which ultraviolet light forces a surface to release electrons when the light hits. Einstein explained the reaction by defining light as a stream of photons, or energy packets. Modern physicists have concluded that both the particle theory and the wave theory are simplified explanations for a very complicated phenomenon.