We're told never to stare directly at the sun. Thankfully, though, we've developed technologies that let humanity turn its gaze to our home star without all that pesky vision loss and permanent eye damage. One such tool is NASA's Interface Region Imaging Spectrograph (IRIS), a solar-observation satellite that's been in space since 2013 on a mission to learn more about the intense energy systems powering the sun, learning how both material and energy move through it and are expelled from it.

Want to check out more? Here's another NASA video of solar flares and some accompanying plasma rain, where a solar flare was followed by a coronal mass ejection (CME), resulting in some more plasma rain. The images in this video were captured in 2012 by the Solar Dynamics Observatory's AIA instrument. To get an idea of just how long phenomena like this last, each second in the video is actually six minutes in real time, meaning this event you can watch in three minutes actually lasted about 18 hours.

Now That's Interesting
Ever since humanity has used magnetic or electronic technology, we've been susceptible to the sun's energies; over the years, solar flares and CMEs have affected human tools from compasses to telegraphs and GPS systems. 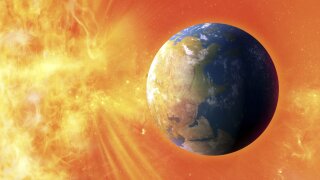 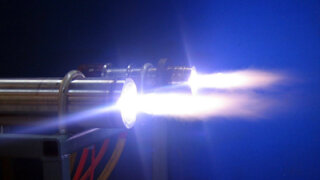