Can people get poisoned by indirect exposure to polonium-210? 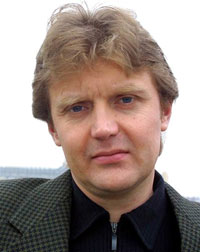 On Thursday, November 23, former Russian spy Alexander Litvinenko died in a London hospital of radiation poisoning. Doctors determined that he'd been given a lethal dose of the radioactive isotope polonium-210, which they found in his urine before he died. Since then, authorities have found traces of radiation, in most cases openly attributed to polonium-210, in at least 10 places known to have been visited by the victim after he began feeling ill on November 1. The sites include Litvinenko's home, one restaurant, a hotel, the office suite of a security company and the office of one of Litvinenko's friends. In addition, scientists have found traces of radiation in two British Airways jets that had flown routes between London and Moscow in the weeks before Litvinenko's death. Ripples of concern have spread through Britain: Are the tens of thousands of people who were in those buildings or on those planes in the last month at risk of radiation poisoning?

Polonium-210 is an isotope of the element polonium, and it's highly radioactive. In trace amounts, it seems to be fairly harmless: It occurs naturally in the environment in uranium ore, as well as in our bodies and in certain foods in minute amounts. You'll also find polonium-210 in cigarettes and other tobacco products, although it's unclear how much of the isotope is in there. In the 1980s, U.S. surgeon general C. Everett Koop attributed 90 percent of smoking-related deaths to radiation as opposed to tar.

Still, the type of poisoning experienced by Alexander Litvinenko requires a much higher dose than you'd find in any of these places: at least a few micrograms, according to scientist Nick Priest, who once worked with the UK Atomic Energy Authority. That a few micrograms is a large and lethal dose of polonium-210 is a testament to its extreme radioactivity. It spreads through the body very quickly, attacking cells and destroying organs. It also has a very short half-life, making it difficult to detect after poisoning occurs.

While several thousand Britons, mostly hospital personnel who treated Litvinenko, British Airways crew members and those people who were in close contact with him right before he got sick, have been referred for testing, most experts say the risk of contamination from indirect exposure to polonium-210 is very, very low. Polonium-210 emits alpha radiation, which has a very short range. Alpha rays can be stopped by a sheet of paper. They can't even penetrate a layer of skin, so those people who were simply in the same room as Litvinenko or brushed up against him aren't at risk of radiation poisoning. According to doctors, the only case of simple contact that would result in the transfer of polonium-210 from one person to another would be if the poisoned person were covered in his own sweat, vomit, feces or urine and bumped into another person's open wound. Short of that, inhalation and ingestion of the actual substance, whether in pure form or in a poisoned person's body fluids, are the only ways to get radiation poisoning from polonium-210. According to UK home secretary John Reid, everyone tested for radiation as of November 30 has tested negative.

It appears to be very unlikely that anyone else would have been poisoned by being in close proximity to Litvinenko or in one of the enclosed spaces found to be contaminated with trace radiation. Not only are polonium-210's alpha ray's very easy to block, but it takes more than trace amounts of polonium-210 to harm someone.

In lethal doses, however, polonium-210 is powerful. According to sources at the Los Alamos National Laboratory, it's 250 billion times more deadly than hydrogen cyanide. Litvinenko died within weeks of feeling ill, and doctors could do nothing to save him.

The Litvinenko murder mystery has reached all the way to the Kremlin: Before he died, Litvinenko accused Russian president Vladmir Putin of having him poisoned. The former intelligence agent was a harsh critic of a Russian government and is said to have been looking into the murder of Russian journalist Anna Politkovskaya, also an outspoken government critic. The Russian government adamantly denies any involvement in the poisoning. But many experts say that lethal amounts of polonium-210 are not easy to get your hands on unless you have access to a nuclear reactor, making government and military personnel more likely suspects than your average citizen. This rarity, however, may be belied by the advertisements of certain companies that claim to sell radioactive isotopes like polonium-210 for about $70 online. It's not immediately clear how much polonium-210 is included these types of packages or if the isotopes are genuine.

For more information on polonium-210, radiation poisoning and related topics, check out the following links: