Recently, two organizations have demonstrated an incredible feat — launching a rocket into space and returning at least part of it safely back to Earth. The first to do this was Blue Origin, a company backed by Amazon founder Jeff Bezos. The second was SpaceX, Elon Musk's private space industry company. Make sure you watch the video above to learn more.

The two rockets are quite different. While New Shepard, the Blue Origin rocket, was first to achieve a safe landing, it can't reach the altitudes of the Falcon-9 rocket from SpaceX. New Shepard is meant to reach suborbital altitudes, giving passengers aboard a spacecraft a four-minute experience of being in space before returning to Earth.

Meanwhile, the Falcon-9 is a multi-stage rocket designed to push payloads into orbit. That means the Falcon-9 must reach a greater altitude than New Shepard. It also has a flight path that curves into an orbital path, whereas the New Shepard rocket essentially goes straight up before returning to Earth. And only the first stage of the Falcon-9 can come back and land on Earth.

Both rockets represent an extraordinary achievement in engineering, and they can help bring the cost of getting into space down significantly. You've probably heard that it costs somewhere in the neighborhood of $10,000 per pound of payload to get stuff in space; that's 10 grand for just a single pound (.45 kilograms) of mass. A large part of that cost is the launch vehicle. Traditionally, those systems are only used once, which would be like buying a new car every time you need to drive somewhere.

Obviously, reusing rockets reduces that cost. Rockets will still need to be refurbished and prepared for a future launch, but they won't have to be rebuilt from scratch. It remains to be seen how much money we'll save by reusing rockets but we're potentially on the verge of a new era of space exploration.

How Drones Can Protect Us From Sharks — and Sharks From Us 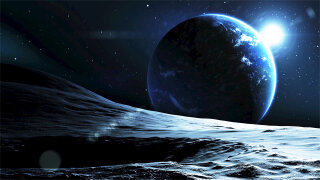 Are We Lunatics for Wanting to Live on the Moon?