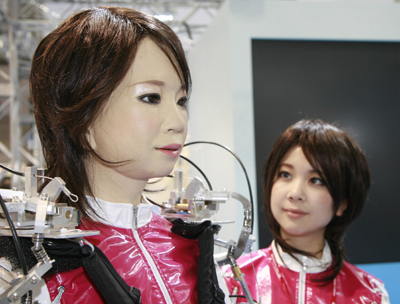 For more information on robots and marriage, visit the next page.