Here's a scary prediction: By 2021, automation will eliminate 6 percent of all jobs in the United States. But that's where we're heading, according to a recent report published by Brian Hopkins, an analyst at Forrester Research. To put that into perspective, there are about 144.6 million jobs in the country, the Bureau of Labor Statistics reports. If the employment rate doesn't change in the next five years, that would mean machines could take nearly 8.7 million jobs.

That technology eliminates some jobs is undeniable. But it also can create new jobs that didn't exist before. It's possible that by 2021, there will be a net gain in job opportunities due to technology, not a net loss. But it's also possible that we'll reach a tipping point at which automation removes more jobs than are created, resulting in a decline in employment.

Even in the optimistic scenario, the problem of transitioning people from one type of job to another remains. Typically, automation is best suited for jobs that are repetitive with little variety. Many of these jobs fall into a low-skill category, and the people currently working them may have few opportunities to train for something new. The U.S. might have to consider programs to help people make the switch from low-skill jobs to more complicated ones. If that happens, then everyone stands to benefit from automation.

That may just be a stopgap solution, however. As machine intelligence and robotics advance, more jobs become targets for automation. Just a few years ago, it seemed like truck and taxi drivers were safe. Operating a vehicle is complicated, and a driver might encounter wildly different conditions in a year or when traveling to new areas. But as driverless technology has advanced, companies have made it a goal to incorporate driverless vehicles into their strategies.

White-collar jobs are also on the line. Take, for example, the customer service representative position. Products like Amazon's Alexa or Apple's Siri have demonstrated incredible advances in natural language processing. A sophisticated system could interpret customer questions or concerns and respond appropriately. It doesn't seem far-fetched to imagine many of these jobs switching to automated systems in the next five years

Just about every job has the potential to become automated. Some will hold out longer than others. Jobs that require innovation and creativity seem to be the safest for now — machines still aren't very good at thinking outside the box (even if they aren't in a box form factor). But there may come a day when practically all jobs are at least semiautomated.

What happens then? That's a huge question we do not have the answer to. Some people argue that we would enter an era of unprecedented prosperity. Machines will cater to our needs, and we will be free to pursue whatever activities we like. Others say that vision isn't realistic because it depends upon universal access to resources we don't have and ignores the energy requirements we'd need to support ourselves. It's clear that automation will have a dramatic impact on the world. We just aren't sure what kind of impact it will be. 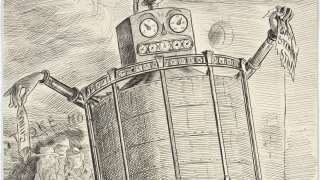 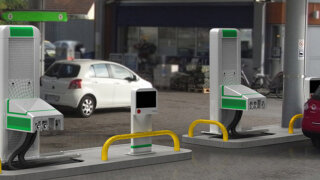