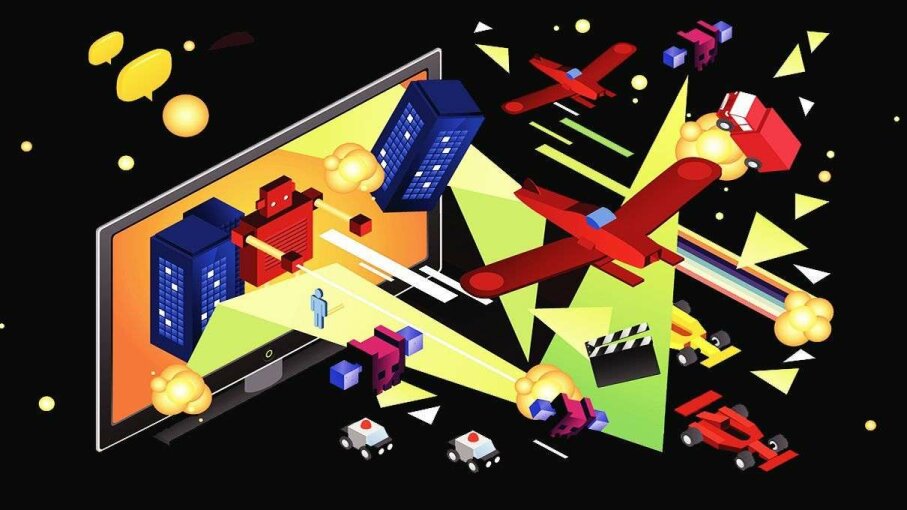 3-D television has been around for a few years, but it's never really caught on. That's in part because movie and TV producers have never created that much good content that comes across as more than a gimmick — but there's also the inconvenience of having sit down in your living room and put on a pair of those clunky 3-D glasses with weird lenses.

Tech company Samsung may have come up with a way to get around that limitation. The website Patently Mobile, which tracks patents by Samsung, Google and Microsoft, recently reported that the Korean electronics giant has applied for a patent for a TV set that would create holograms. If you had such a set, you could view a movie or a football game in 3-D with just your own set of eyes.

The TV would use a device called a spatial light modulator to take a computer-generated 3-D image and project it into the middle of the viewer's living room, sort of the way that a tiny Princess Leia appears and begs Obi-Wan Kenobi for help in the first "Star Wars" movie. Additionally, as Consumerist explains, it would incorporate technology that would locate and track the pupils in your eye to figure out exactly how far to project the image, to make it most realistic.

While this is intriguing, there's no word yet as to when this gadgetry might make its way into a product that will be available in stores.

Samsung isn't alone in its interest in glasses-free 3-D entertainment. In a speech last week to the Society of Motion Picture and Television Engineers, movie director James Cameron said that he wants better-quality 3-D for the sequels he envisions for his pioneering 3-D film "Avatar" — and he wants moviegoers to be able to watch them without special glasses.

Now That's Cool
Researchers at Seoul National University have developed technology that would make it possible for smartphones to have 3-D displays that users could view from close up, something that isn't possible with 3-D TVs.