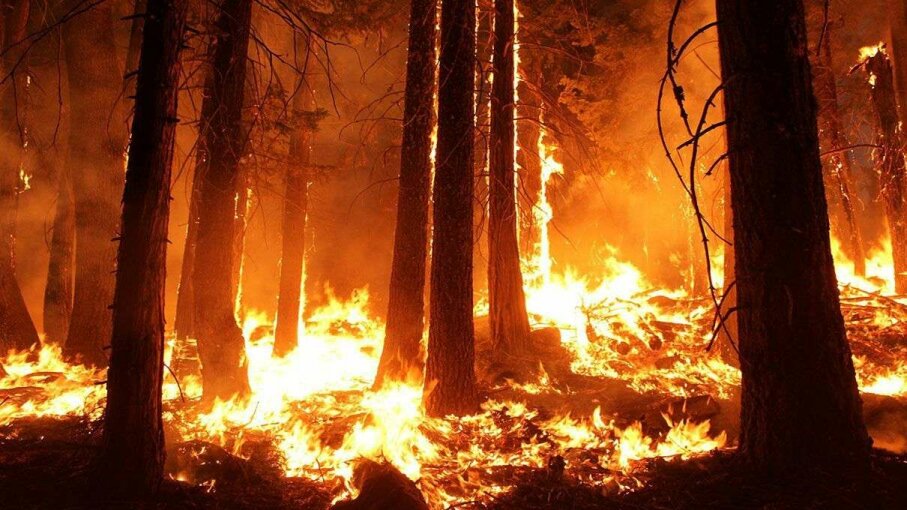 The 2013 Rim fire in and near Yosemite National Park, California, was the third largest in the state's history, burning more than 250,000 acres. New technology could detect fires like this before they get out of control. USFS/Mike McMillan

This being the 21st century and all, no one should expect to fight natural disasters with anything less than automatons and transformers. You've probably noticed, however, that robots never show up to our global crises. But don't lose all hope; we're already employing some nifty high-tech devices to discover and monitor wildfires. While we still have the staffed fire lookouts of the old days, we're also lucky to have a much better eye in the much higher sky.

NASA satellites have become an important resource for finding and fighting fires. Satellites equipped with the Visible Imaging Radiometer Suite (VIIRS) are extremely sensitive to light, and can detect both fire and smoke to aid in locating and tracking. Even cooler, the instrument is able to take infrared nighttime images. The VIIRS can sense light and fire in the visible portion of the spectrum — an extremely useful tool, of course, when our measly human eyes are squinting into the darkness. (Consider, too, that tracking smoke at night can determine which way the fire is moving, no small help when trying to contain a raging inferno.)

And while it isn't robots, there is some space-age technology that will be fighting fires in the future. The NASA Jet Propulsion Laboratory is working on FireSat, a thermal infrared sensor that could be attached to satellites around the globe, creating a constellation of coverage to monitor wildfire ignition from space. The sensors could detect a fire 35 to 50 feet (10 to 15 meters) wide, within 15 minutes of the fire starting. Even better, FireSat would notify emergency responders within three minutes of detection that help is needed. The system is expected to be ready in June 2018.

Now That's Cool
FireSat is not just limited to fires. Other high-heat activities like oil spills or explosions would also be monitored.