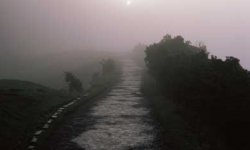 Edinburgh, Scotland is considered one of the world's most haunted destinations.
Image Source/Getty Images

Edinburgh is a city notorious for its ghost sightings. In fact, ghost tours are a popular way to take in this historic city situated in southeast Scotland. Along with being a cultural and political center in Scotland for centuries, Edinburgh is also notorious for its legacy of murder, plagues and torture, which make it a prime location for haunting.

Mercat Tours, one of the premiere ghost tour operators in the city, offers several different walking tours to explore some of the most gruesome legends of this Scottish capital. The most popular is the "Ghosts and Ghouls Tour," which combines dramatic storytelling with historical accuracy. On Mercat Tours, you'll get both a good overview of the history of the city as well as entertaining ghost tales. Specializing in the Old Town area of the city, university-trained historians lead these tours, telling haunting tales while exploring the city's most chilling enclaves.

On the tour, you'll visit the Royal Mile of Old Town and the haunted vaults beneath South Bridge. Constructed in the late 18th century, these underground vaults were abandoned by the 1830s and have remained virtually unchanged for 200 years. Because 18th century Edinburgh was so crowded, the vaults housed families in rooms the size of a small bedroom with no ventilation or windows. Lighted by fish oil lamps, the vaults were barely habitable; the stench of waste from garbage and chamber pots overwhelmed the area. The tour leads visitors through Edinburgh's haunted underground vaults where, according to legend, the memories of all who have lived in the area are absorbed in the passageways. Visitors report hearing unexplainable sounds and shifts in temperature.

It seems like you can't walk more than a few steps in Edinburgh before running into a site purported to be haunted by this city's ghoulish past. This is perhaps due to the fact that 17th century Edinburgh was extremely overcrowded, and disease and plague ran rampant. Also, much like many other haunted cities, Edinburgh was not without its notorious murderers. Deacon Brodie, the inspiration for Robert Louis Stevenson's "Dr. Jekyll and Mr. Hyde," lived in the city, and his residence is featured on a Mercat Tour. Legend has it that, much like his literary counterpart, Brodie was a mild-mannered citizen by day and savage killer by night.

You'll also have the opportunity to check out cemeteries that serve as the final resting places for some of the most famous Scots, including Adam Smith, author of "The Wealth of Nations." You'll also learn about the body snatchers who used to frequent these cemeteries to gather freshly deceased corpses to sell to surgeons-in-training.

This tour lasts approximately an hour and 30 minutes. Be sure to book well in advance because tickets frequently sell out. At the end of the tour, you also have the option to extend the tour and visit Megget's Cellar for a complimentary drink to soothe your nerves.