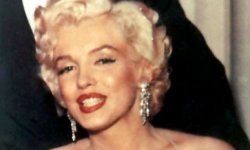 You might spot a sign of Marilyn Monroe if you can afford to stay at this hotel.
Publications International, Ltd.

The Hollywood Roosevelt Hotel, located on the Hollywood Walk of Fame, reportedly has some ghostly incarnations of its own walking the halls at night. Some claim to have seen the ghost of Marilyn Monroe wafting around the exclusive Tropicana Night Club on the premise. Others say they've heard the spectral sounds of Montgomery Clift's trombone emanating from room 928. He stayed in the room in 1953 while he was rehearsing for the movie "From Here to Eternity."

Other alleged ghostly occurrences at the Hollywood Roosevelt include cold spots, loud noises in empty suites and strong emanations of psychic energy.

Up next, we're headed clear across the United States to New Hope, Pa.