Birth Order Is Kind of Baloney

by John Donovan Oct 28, 2015
Wonder what the Jonas Brothers make of birth order as a predictor of personality? In case you're not sure who's who, that's (L-R) Joe (middle child), Kevin (oldest), and Nick Jonas (middle). Not pictured (and not in the JoBros) is the youngest, Frankie... Mike Coppola/Getty Images

Nobody ever said that where you land in your family's birth order definitely affects your personality. For decades, though, some research has suggested a strong link, and we've all pretty much bought into the idea.

Two recent studies, though, blow a hole in that thinking. The massive studies show — and convincingly — that birth order is, in fact, no predictor of personality at all.

A study published this month in the journal Proceedings of the National Academy of Sciences of the United States of America" (PNAS) by psychologists from Mainz and Leipzig universities in Germany looked at more than 20,000 adults in three countries. Its findings are as clear as 1-2-3: "... we found no birth-order effects on extraversion, emotional stability, agreeableness, conscientiousness, or imagination."

Earlier this summer, a study in the Journal of Research and Personality, by University of Illinois psychologist Brent Roberts and postdoctoral researcher Rodica Damian, examined decades-old data from 377,000 subjects. Overall, they found a teeny, tiny association between birth order and personality. They also found a slightly larger, but still tiny, association between birth order and intelligence.

The findings were so tiny, though, that they were almost meaningless. If the two papers weren't scientific, the infinitesimal link between birth order and personality would barely be worth a mention.

"One would conclude," the University of Illinois authors write in their paper, "that the attention given to the role of birth order on personality is, at best, disproportionate to its importance to the development of personality differences among siblings across families."

The two studies, Roberts says, are "complementary" and make a very compelling case that birth order has little or nothing to do with personality. He points out the thoroughness of the methodology.

"The types of designs [the ways the studies were done] and the numbers [of subjects] make a much stronger and more definitive statement about what the true relationship is between birth order and personality," Roberts says.

In these two papers, psychologists were able to examine both types of data. Researchers, too, were able to eliminate biases, so that the data wasn't skewed by, say, families that were of different sizes or economic levels. The study Roberts did even drilled down to the holy grail subset of birth-order statistics: families with two parents and exactly three kids (a firstborn, a middle and a baby).

The two studies differed slightly in who they studied. The German study focused on grownups and the U.S. one on high-schoolers. But that worked to support the findings, too.

"You could argue our study was ideal in terms of age," Roberts says, "but then, if the effect of birth order is meaningful, and really does have some import for the way our personality works, it's not something that you would want to argue is just episodic, that it's something specific to one period of a life course."

Whether the subjects were adults or high-schoolers, the studies came to the same basic conclusion: What you become, personality-wise, has little to do with birth order.

This, of course, will not be the final say on the ever-debated subject. Roberts has written more than 150 papers in his career. None has gone as "viral" as this one, he says. It's an always fascinating subject.

Why? Because, he says, everybody experiences birth order. Even only children have been expected to show certain personality traits because of their onliness.

It's an easy narrative, too. "Even if it's inaccurate, it helps us simplify our world and interpret and understand it," Roberts says.

What most amazes Roberts about the birth-order debate is what most people miss, especially when looking within a single family. Firstborn kids, to take an example, may well be more responsible at any given point in time. But it's not because they're firstborn. It's because they're older than their siblings.

The youngest may be seen as fun-loving. But again, it's not because he or she is the youngest. Young people almost always seem more fun-loving, certainly compared to older kids or adults.

"Everyone has this universal experience that there's this birth order effect. But it's really age that's driving it. And we don't have the capacity to actually disentangle the two," Roberts says. "For me, that's scientifically the most important and compelling feature of this whole experience."

NOW THAT'S COOL
Birth-order studies, and debates over them, go back to a donnybrook between Sigmund Freud and Alfred Adler. Adler — a colleague of Freud’s — argued that middle children (he was one) are not haunted by the same neuroses that firstborns and lastborns are. Freud, a firstborn, took exception. The dispute ended with Adler resigning from the Psychoanalytic Society.

'Monster Science' Gets Familiar With Baraka From 'Mortal Kombat'

Imagine Pedestrians as the Next Renewable Energy Source. This Company Does. 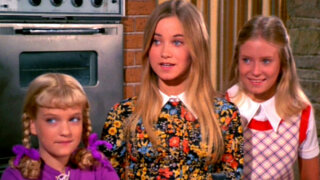 Behind the Sitcom Scenes: The Ultimate TV Family Quiz

Stuff Mom Never Told You Podcast: Is One the Loneliest Number?