by Patrick J. Kiger
Prev NEXT
2

Using Composting to Save Forests and Wetlands 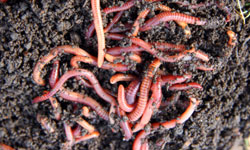 Composting is an old method that works, so why change it?
©iStockphoto.com/Thinkstock

If you're an organic gardener, you've probably dabbled in composting -- that is, piling up table scraps, fallen leaves, grass clippings and other stuff into a heap outdoors and allowing worms and microorganisms to turn it into fertilizer. It's a venerable practice that dates back at least as far as the farmers of ancient Rome.

In recent years, government environmental scientists have started doing what you do to make fertilizer for your tomatoes and zucchini plot -- but for a different purpose. America's wetlands have been so depleted by human activities that they contain only about half of the organic matter they had in the 1600s. That shortage of fertilizer is causing a decrease in plant life that stabilizes soil against erosion and provides food and habitat for animals. Similarly, the natural restorative cycle of forests has been disrupted by logging, with the damage multiplied by natural erosion and flooding. Massive composting projects, however, can help restore the soil and preserve these wild places. Instead of relying on kitchen garbage, the environmental scientists turn to other waste materials: grass and tree trimmings from public parks, leftover tree material from logging, and sludge from wastewater treatment, which, believe it or not, contains valuable nutrients such as nitrogen, phosphorus, iron and zinc [source: Henry and Bergeron].