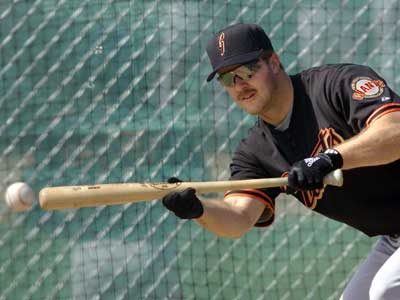 ­So, could a baseball player learn more from physics class than spring training? The answer isn't a matter of choosing one or the other, but rather in applying a useful understanding of physics to the training a baseball player endures. Physics can help maximize the effectiveness of exercise and provide a framework for critiquing and improving technique.

That being said, baseball players often stress the dangers of overthinking on the field as well. Remember, batters have mere seconds in which to read a pitch and decide how to swing. That doesn't leave a lot of time for mental calculation. Training has to kick in at some point, as well as eyesight and good old-fashioned player confidence. Some players even insist that the least intelligent batters score the highest batting averages [source: CNET TV].

Ultimately, as with any sport, baseball players and their trainers have to hit a balance between technology and tradition. With all due respect to physicists, it's one thing to understand the physical laws that underline an effective pitch, another to duplicate them. Likewise, as we explored on the last page, sheer bat velocity doesn't count for very much if the player doesn't have the time to channel it into a hit.

­There's an old saying about "working smart, not hard." In baseball, as in life, the advantage is in achieving a balance of both.