Browse the article Are Courtesy Flushes Useful — or Healthy? 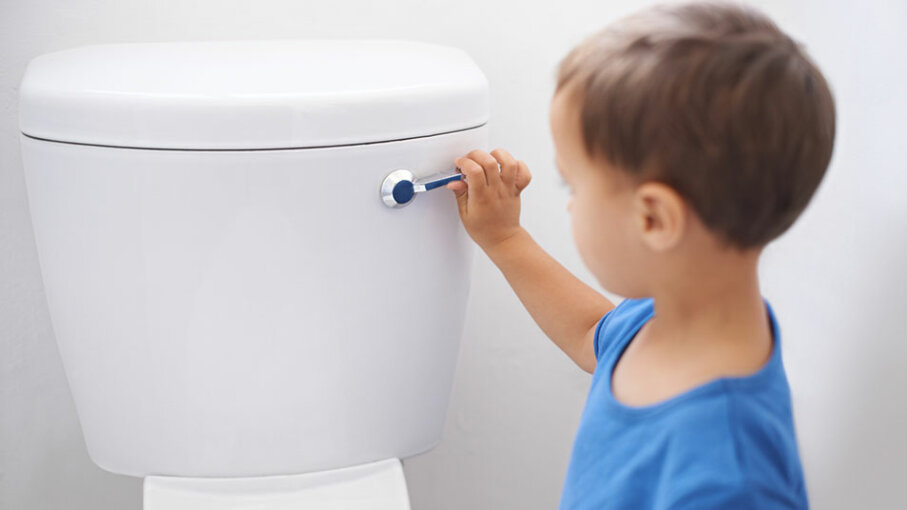 As a general rule, starting an article (or essay or crayon drawing) with a definition from the dictionary is unseemly. It's cheap, it's clunky, it provides no context.

Sometimes at HowStuffWorks.com, we are confronted with such a divisive, hot-button issue that we must abandon style for substance. We must force readers to leap into the topic with a common understanding, and we start with a definition to get everyone on the same page. But we don't get the magnifying glass to inspect the venerable Oxford English Dictionary. We don't pull trusty Merriam-Webster off the shelf. We don't even just copy and paste whatever definition Microsoft Word will provide on a right click. Those dictionaries cannot tell us:

Thus referring to Urban Dictionary, a courtesy flush is: "A flush in the middle of the toilet-sitting process in order to reduce the aroma ... usually performed on a 'foreign throne' as a courtesy to the owner of said throne ... in other words, to be polite and not stink up the host's crapper too much" [source: Urban Dictionary]. You can thank message board hero (and, I'm assuming, social historian) "peafarter" for that succinct and well-researched definition, which was given 1,164 enthusiastic "thumbs up" on the site, as of June 2013.

You see, it turns out that some people have different definitions of courtesy flush. (Note that "peafarter" — even "peafarter," people — had 216 "thumbs down.") Some people claim differences when it comes to intention — to avoid aroma or to ensure an unclogged toilet? There are even opposing camps on more fundamental differences. Other Urban Dictionary users (and some real people at a friends' BBQ this weekend) swore a courtesy flush was a secondary flush to make sure any detritus remaining in the bowl was removed.

Which, by virtue of being appointed Author of This Piece, I say is filthy nonsense. We will answer the question "Is a courtesy flush useful or healthy" using the definition put forth by "peafarter."

It may shock you, but get this: There has never been a widespread study conducted on the sanitation or the necessity of the courtesy flush. Before we nod knowingly about how it's just like Big Toilet to cover up the facts, you should know that we do have some ancillary information that might just give us a glimpse into the science of the courtesy flush.

In 2012, for instance, a study found that flushing the toilet with the lid up can cause a bathroom space to be sprayed with Clostridium difficile bacteria (also known as nasty little germs that cause serious diarrhea and inflammation of the colon) [source: Moisse]. Ergo, one can assume that unless you are standing up, closing the lid, flushing and sitting back down for more -- well, you might be coating your hindquarters with a fine mist of bacteria. Frankly, it doesn't necessarily mean you're unsanitary. If you're staying clean and hygienic (and your immune system is healthy), you're probably not going to suffer from C. difficile.

So you're not doing yourself any favors to flush the fecal matter occupying a bowl you're currently sitting on, but you're probably not causing grievous bodily harm either. But by doing it, are you even addressing the odor problem in the first place?

This one's a little trickier to figure out. If you time it right, you're making sure the poop is in the bowl the absolute shortest amount of time, minimizing odor. And this certainly stands to reason: The less time the fecal matter is exposed to air, the less time the sulfur compounds (produced by bacteria in poop) can work their smelly magic -- and note that water doesn't "cover" the aroma of feces, which anyone who has ever once happened upon an unflushed toilet or portable toilet will tell you. Liquids are perfectly capable of transmitting smells to lucky local folks, thanks to escaping gases.

So courtesy flushes may be polite, and even moderately effective, but they're a huge waste of water, as well (unless you wind up preventing a clogged toilet from overflowing). A newer high efficiency toilet uses around 1.3 to 1.6 gallons (4.9 to 6.1 liters) of water per flush; keep in mind that older toilets could use 6 gallons (22.7 liters) [source: EPA].

If you're in the habit of flushing more than once, you might get a nod of appreciation from your stall neighbor at the sink. But you won't be doing the environment any favors.

I wish I had ample science and in-depth New Yorker features weighing the pros and cons of the courtesy flush. And while it's not prudent to cite anecdotal sources, I do encourage you — should you maintain an abiding interest in courtesy flushes after reading this article — to take a cursory search through some less stringently vetted websites to learn more about the rather divisive issues surrounding the issue. And we'll all pray that the mainstream media will soon take an interest in finding out the truth about the courtesy flush.