The success of 2009's "Avatar" demonstrates that moviegoers appreciate the difference between 2-D and 3-D, and they're willing to pay a little more for an upgrade. Most of us are accustomed to watching 2-D; even though characters on the screen appear to have depth and texture, the image is actually flat. But when we put on those 3-D glasses, we see a world that has shape, a world that we could walk in. We can imagine existing in such a world because we live in one. The things in our daily life have height, width and length. But for someone who's only known life in two dimensions, 3-D would be impossible to comprehend. And that, according to many researchers, is the reason we can't see the fourth dimension, or any other dimension beyond that. Physicists work under the assumption that there are at least 10 dimensions, but the majority of us will never "see" them. Because we only know life in 3-D, our brains don't understand how to look for anything more.

In 1884, Edwin A. Abbot published a novel that depicts the problem of seeing dimensions beyond your own. In "Flatland: A Romance of Many Dimensions," Abbot describes the life of a square in a two-dimensional world. Living in 2-D means that the square is surrounded by circles, triangles and rectangles, but all the square sees are other lines. One day, the square is visited by a sphere. On first glance, the sphere just looks like a circle to the square, and the square can't comprehend what the sphere means when he explains 3-D objects. Eventually, the sphere takes the square to the 3-D world, and the square understands. He sees not just lines, but entire shapes that have depth. Emboldened, the square asks the sphere what exists beyond the 3-D world; the sphere is appalled. The sphere can't comprehend a world beyond this, and in this way, stands in for the reader. Our brains aren't trained to see anything other than our world, and it will likely take something from another dimension to make us understand.

But what is this other dimension? Mystics used to see it as a place where spirits lived, since they weren't bound by our earthly rules. In his theory of special relativity, Einstein called the fourth dimension time, but noted that time is inseparable from space. Science fiction aficionados may recognize that union as space-time, and indeed, the idea of a space-time continuum has been popularized by science fiction writers for centuries [source: Overbye]. Einstein described gravity as a bend in space-time. Today, some physicists describe the fourth dimension as any space that's perpendicular to a cube -- the problem being that most of us can't visualize something that is perpendicular to a cube [source: Cole].

Researchers have used Einstein's ideas to determine whether we can travel through time. While we can move in any direction in our 3-D world, we can only move forward in time. Thus, traveling to the past has been deemed near-impossible, though some researchers still hold out hope for finding wormholes that connect to different sections of space-time [source: Goudarzi].

If we can't use the fourth dimension to time travel, and if we can't even see the fourth dimension, then what's the point of knowing about it? Understanding these higher dimensions is of importance to mathematicians and physicists because it helps them understand the world. String theory, for example, relies upon at least 10 dimensions to remain viable [source: Groleau]. For these researchers, the answers to complex problems in the 3-D world may be found in the next dimension -- and beyond.

What if Earth's Magnetic Field Flipped?
Infrasound and Paranormal Activity: Are They Connected?
What's the Zone of Silence? 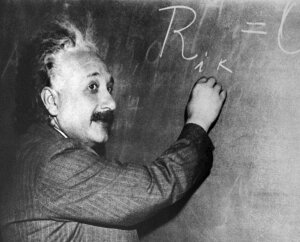 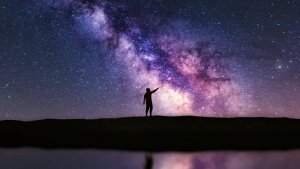