Browse the article Would Psychic Powers Really Cause a Nosebleed? 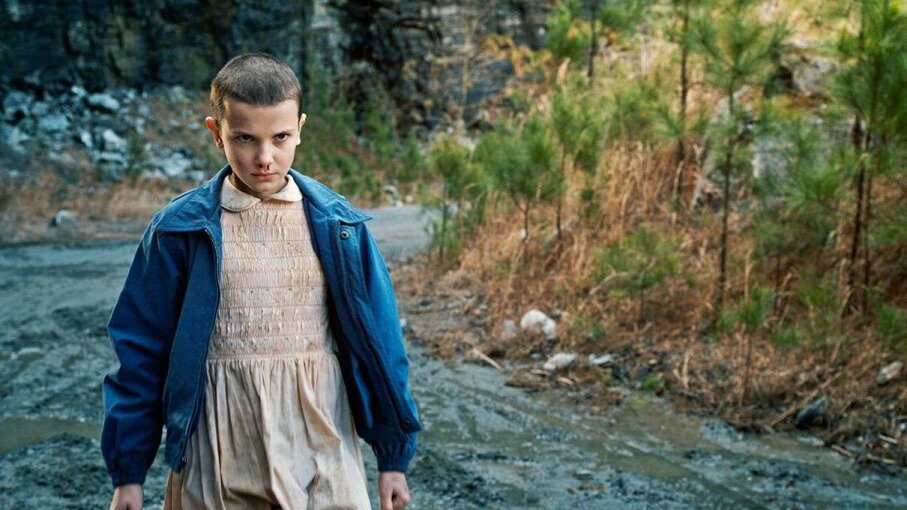 The character Eleven (Millie Bobby Brown) in the 2016 series "Stranger Things" bleeds from her nose when she employs her telekinesis. Netflix

A mental battle rages between a heroic character and her nemesis. As the struggles wears on, we see the first signs of the toll it must be taking. A trickle of blood, ruby red, slides from one nostril, then the other.

The strain of invisible psychic abilities is admittedly difficult to illustrate in a visual medium. Perhaps that's why so many authors of comic books, television shows and movies turn to a tried-and-true trope: the psychic nosebleed.

When blood comes from a character's nose, it signifies that the character has pushed the envelope on their own psychic powers. After all, blood vessels can rupture thanks to physical exertion, as many a weighlifter knows, so perhaps psychic powers could cause some sort of cranial pressure buildup. It's become such a common way to imply a mind pushed to its limits that the comics-meets-medicine blog Polite Dissent has been tracking its appearance in comics for nearly a decade; the site even gave the fictional phenomenon the name epistaxis telepathica.

"If you think about it — not too hard, of course, or you could start bleeding — it's a very concise, visceral way to let the audience know that something is indeed happening up there," says Kim Ligget, the author of young adult thrillers "Blood and Salt" and "The Last Harvest." "The facial twitch, throbbing vein and occasional bead of sweat is all well and good, but it doesn't really drive it home like a good old-fashioned nose bleed."

The psychic nosebleed's appeared in more than just the comics, though. A telekinetic Sue "Invisible Woman" Storm develops a nosebleed while using her powers in the 2005 "Fantastic Four" film, as does a psychic character in the 2012 found-footage teen superhero movie "Chronicle."

And in the popular new Netflix series "Stranger Things" — in which a mysterious girl called Eleven escapes a creepy government laboratory, then uses her telekinetic powers against her former captors and some transdimensional creepy-crawlies — presents a recent example. The internal severity of these psychic abilities is evidenced by blood that trickles sometimes from Eleven's nose.

"Stranger Things" pays homage to pop culture from the 1980s, with a Spielberg-meets-Carpenter-meets-King vibe, so it's fitting that one of the earliest cinematic instances of the psychic nosebleed appears in the 1984 film adaptation of Stephen King's "Firestarter." A seven-year-old girl named Charlie starts fires using the power of her mind, evidenced not only by flames but by the occasional nosebleed.

But for some of the earliest psychic nosebleeds, we're going to have to go back to the 1981 paranormal thriller "Scanners" from David Cronenberg. It's the first film to clearly connect nasal bleeding with psychic exertion. In the movie, scanners are people born with telepathic and telekinetic powers, the extreme use of which makes them subject to nosebleeds.

There's also a theory that using psychic powers — if those even existed, as the Stuff They Don't Want You to Know video below examines — could raise the cerebrospinal fluid pressure, but it isn't one of the most plausible. This fluid, which surrounds the brain and spinal cord, wouldn't cause a nosebleed. It would, however, lead to a coma. It's actually more likely that a nosebleed would be brought on by enthusiastic nose picking.

While the appearance of nosebleeds added to the nostalgic '80s drama of "Stranger Things," the truth is, actual nosebleeds can be dramatic and horrific on their own. Any time a body part starts spouting copious amounts of blood, it's bound to cause a ruckus. It seems but a small leap to connect nosebleeds to fictional worlds.

But that's all it is — fiction. Nosebleeds aren't caused by how hard we use our brains. If that were true, ACT testing would require lots and lots of tissues to sop up all that blood. The truth is, the majority of nosebleeds in real life are caused by fist vs. nose or finger vs. nose collisions, as well as infections, allergen irritations and foreign bodies. High blood pressure can also be a cause of nosebleeds, although it's lower on the list of dangers than strokes or heart attacks.

But, when it comes to '80s revivals, we're ready to suspend our disbelief. After all, if psychic powers are totally fictional, than the side effects of using them could be, well, anything!

And if you thought a simple nosebleed was bad, things could always get worse for a character on the receiving end of that psychic-powers overload. We'll leave you with this iconic, and admittedly somewhat gruesome, moment from "Scanners":

Now That's Interesting
The medical term for a nosebleed is epistaxis, and a bloody nose brought on by nose picking is called epistaxis digitorum.