by Robert Lamb Mar 17, 2017
The ruins of a jetty at Port Coon in Ulster, Northern Ireland, near the mysterious geological formation known as the Giant's Causeway. Daniel Bosma/Getty Images

For many, March 17 serves as an excuse to drink beer, wear green and maybe watch "Darby O'Gill and the Little People." But there's more to St. Patrick's Day than alcohol, pinches and little green men.

Naturally, Irish culture runs deeper than stereotypical shenanigans, so let's take a moment to plunge deeper into the rich well of Irish myth. Forget leprechauns and banshees, because far more wondrous and terrifying things await you in the earth barrows of Sidh.

While mischievous leprechauns steal most of the attention, King Iubdan and his kin are but a subset of a globally diverse spirit folk collectively known as "fairies." They include the pixies and the pari of modern Iran, the Dahomeyan azizan of Nigeria and the shiwanna of New Mexico's Keresan Keres Pueblo people, just to name a few. Everywhere you look, the people of the invisible kingdom seem to watch from the shadows — and Irish myth is no exception.

In his book "Fairy and Folk Tales of the Irish Peasantry," William Butler Yeats divided fairy folk into two categories: solitary and trooping fairies. The solitary variety are often loners tied to a particular place. They include the wish-granting leprechauns and wailing banshees. In fact, the "shee" in banshee is the source of the diminutive word sheehogue, the Gaelic word for fairy.

But it's the trooping fairies who exhibit all the culture, community and strife. Of this classification, the Daoine Sidhe (fairy people) are the most intriguing. Formally known as the Tuatha Dé Danann (people of the goddess Dana), this legendary race of super beings overthrew native Fir Bholgs.

Also known as the Corca Oidce or "people of darkness," the Fir Bholgs fled the might of the Daoine Sidhe into deep mountain caves and lonely forests, where they transformed into goblinoid creatures. But don't be too quick to pity them! The Fir Bholgs had dished the same treatment out to the Formorians, driving them into the soul-warping depths of the sea.

Magical powers, grace, intellect — the Daoine Sidhe had it all. While they could die in battle, they were essentially immortal. They could change their shape, become invisible or vanish into thin air. They lived among humans for a time, but eventually fell to the conquering Milesians (thought to be the Celts), who later worshiped them as gods. And so the fairy folk retreated into Earth barrows of Sidh, a secret underworld where they still practice their magic and culture today.

Much of the Irish countryside, like the pictured Gap of Dunloe located near Killarney, Kerry, is evocative and wild.
Trish Punch/Lonely Planet/Getty Images

Among these magical fairy folk, you'll find numerous colorful and grotesque characters. Consider Balor, king of the Fir Bholg, whose evil eye could slay a hundred enemies with a single glance. However, as Yeats points out, his massive brow "required four men to raise it whenever he wanted to exert the power of his venomed glance over his enemies." Bholg finally perished when, according to folklorist Carol Rose, the Daoine Sidhe warrior Lug fired a stone missile that "took Balor's eye clean through his brain and out through the back of his head, killing 27 warriors behind him." (Surely that body count tops anything you'll find in a Warwick Davis "Leprechaun" movie.)

Or consider King Nuada, a mighty Daoine Sidhe warrior who lost an arm in battle and replaced it with a suspiciously cybernetic silver prosthetic — and later one of living flesh — to reclaim his throne. To think, all of this went down in Irish myth ages before "Star Wars" or "The Terminator."

If monsters are more your thing, you'll find plenty of nightmarish specimens in Irish myth. There's the monstrous dog Saidthe Suraraighe (or "bitch of evil"), just one of the Coinn Iotair "hounds of rage" of legendary Chieftain Crom Dubh. Or consider the dog-headed Coinchenn, who decapitated any and all suitors to her beautiful mortal daughter Delbehaem. And if you want a creature with a little more holiday flair, there's always the monstrous Caoránach, mother of demons. According to legend, St. Patrick himself banished the creature to the bottom of Lough Derg, a freshwater lake in central Ireland.

This is just a taste of Irish mythology, but there's plenty more out there for your seasonal consumption. Yeats' "Fairy and Folk Tales of the Irish Peasantry" is available via Project Gutenberg and Carol Rose's monster and fairy encyclopedias are required reading for any March 17 night of overindulgence.

Adults Who Choose Not to Have Kids Inspire Moral Outrage, Study Finds

Why Pistachios Are Sold in Their Shells — Unlike Most Nuts 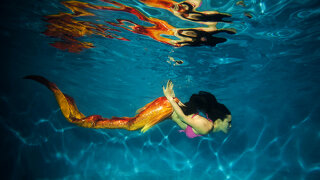 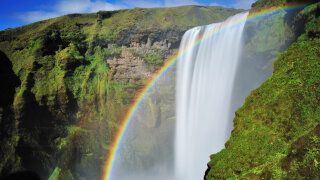 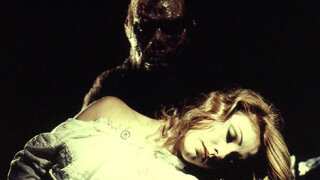 Stuff to Blow Your Mind: The Monster Gallery