'Monster Science' Gets Familiar With Baraka From 'Mortal Kombat'

Sometimes our more iconic monsters boast humble origins. Take Baraka here, the limb-hacking mutant from 1993's "Mortal Kombat II." Legend has it that John Tobias and Ed Boon developed the creature's signature look by hot-gluing silver press-on nails to a rubber Nosferatu mask. It was a simpler time, but Baraka has since evolved into a fully developed character with a look that just gets nastier and more inhuman with each subsequent game.

Baraka's creators clearly weren't thinking about sex at the time, but as Dr. Anton Jessup explains in this video, reproduction is one of evolution's driving forces. Many of nature's most formidable organic weapons developed via intrasexual selection. Generation after generation of males compete with each other for mating rights. The genes of the victors inform the evolutionary course of the species, which often means bigger or more ridiculous horns, antlers and other stabbing-type features.

Plus, sexual reproduction tends to run a bit violent in the animal kingdom. From the sexual cannibalism of the female praying mantis to the so-called "torture phalluses" of various beetle species, love is a battlefield. Or maybe it's a shaolin temple where ninjas try to cut each other's heads off.

Insane and showy organic weaponry makes the most sense when you think of it in terms of love rather than war.

Ready for more monstrous musings of Dr. Jessup? We have you covered.

Birth Order Is Kind of Baloney 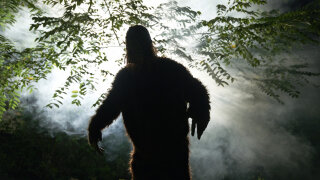 Monster of the Week: Baraka the Tarkatan 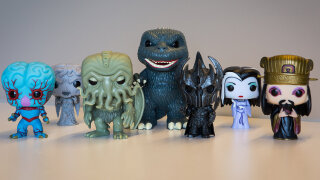 Monster of the Week: Blanka the Street Fighter

Can you slay this movie monster?