by Kate Kershner Aug 30, 2017
The ship Carroll A. Deering was found abandoned off the coast of North Carolina in 1921. A piece of it is seen here; the wreck was dynamited and scuttled soon after its discovery. Bettmann/Getty Images

While it would be really cool if there were tons of legitimate historical reports of faintly glowing apparitions of ships and sailors, there are many more stories about something less metaphysical but still pretty creepy: ships that were abandoned without an apparent cause or trace.

On this episode of the Stuff You Missed in History Class podcast, hosts Holly Frey and Tracy V. Wilson tell us a few tales of the bottomless blue and the ships that sailed them — and washed up on some shore entirely deserted. If that sounds like a fairly routine course of events for ships of yore, you might be surprised to learn how weird the circumstances of these incidents were.

Take the Resolven, a cargo ship that traveled between Canada and Wales in the late 19th century. In 1884, some sailors spotted it off the coast of what is now Newfoundland and Labrador. The ship was moving haphazardly through the water, and when the sailors boarded the Resolven they saw why. While the sails were set, there wasn't a single person aboard.

But there was plenty of reason to believe that the ship's abandonment was both sudden and very recent. We're talking fires in the galley, food set on the table — nothing to indicate that days or even many hours had passed since the crew was shuttled. A logbook's last entry was mundane, and from a mere six hours before the sailors who discovered the empty ship arrived.

While theories abounded — perhaps the ship hit or lodged on an iceberg, or maybe the crew mutinied — there wasn't much evidence to back anything up. The captain's personal money was missing, but the gold coins that were stored in the ship's purse were still there.

The mystery only deepened in 2015, when the great-grandson of the captain of the ship started digging into the story. A Canadian woman contacted him and said that her family had a strange tale in its past as well. Soon after the discovery of the Resolven, her grandfather and his brother found the body of a uniformed captain on the coast of Newfoundland. They buried the body, and a gold pocket watch the deceased captain carried — his only identifying accessory — hasn't been seen since.

Want to hear more tales of ships, left to find their own way home? Join Tracy and Holly as they reveal more stories that only the seas know for sure on this episode of Stuff You Missed in History Class.

Now That's Cool
The Resolven was in such good shape, even after being left at the mercy of the ocean, that it was put back out to sea to work again.

Why Seeking Therapy Can Be Taboo for African-Americans

Commercial Ancestry Tests Can Reveal How Much Neanderthal DNA You Have 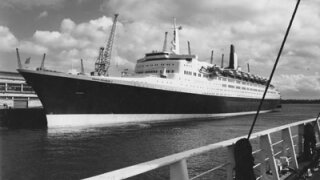 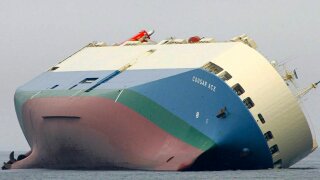 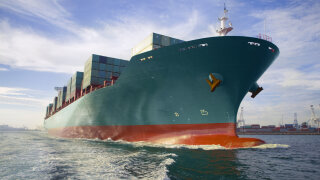 Why is it bad luck to change the name of a ship?