Browse the article What If You Drink Bleach? 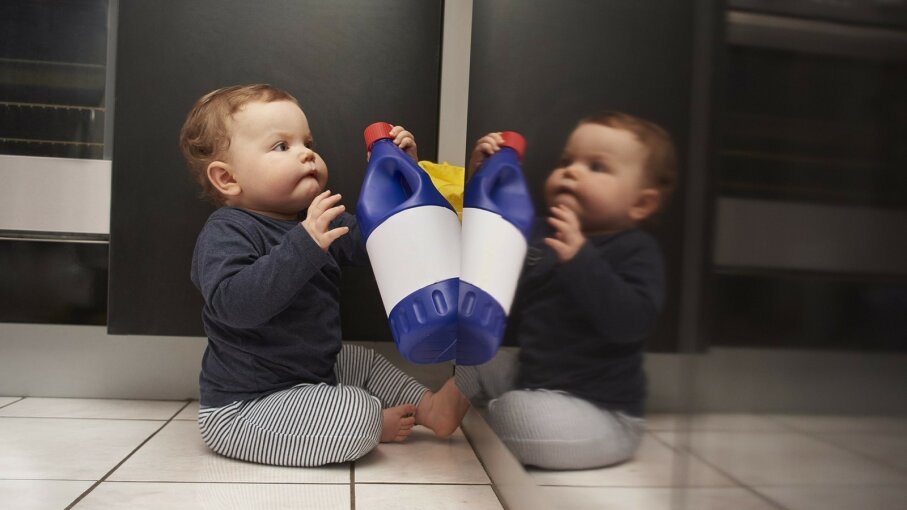 It's important to act quickly if you ingest a significant amount of bleach. MartinPrescott/Getty Images

First, if you came across this article because there's an unfolding emergency after you or a loved one drank bleach, stop reading and call the American Association of Poison Control Centers at 800-222-1222 or dial 911. Now.

With that out of the way, let's take a closer look at bleach itself. You probably keep some in a cabinet stocked with all the cleaning supplies you pull out when it's time to give your countertops and bathrooms a good scrubbing. The active ingredient in bleach is a salt-based chemical compound called sodium hypochlorite, a relatively clear liquid that's diluted with water and used to kill fungi, bacteria and viruses, and helps you make it through flu season in one piece. But sodium hypochlorite is also corrosive, meaning it can destroy human tissue [source: May]

That's why it's so odd that unscrupulous companies would position bleach as potential medicine, which is exactly what's happening with concoctions called Miracle Mineral Solution or Master Mineral Solution, which allegedly will combat HIV/AIDs, cancer or flu. The directions for these all-too-dangerous beverages direct you to mix sodium chlorite solution (another sanitizer) with a handy acid from your fridge, such a citrusy fruit juice. Together, they create chlorine dioxide, which is a bleaching agent that's also used as a water treatment. The Food and Drug Administration has gone as far as to issue a warning about using these solutions.

It should go without saying that these are not effective alternative remedies — and they definitely don't fulfill their promises. Want to "cure" your child's autism with these mixtures? You could be arrested.

Snake oil remedies aside, there's also an urban legend that you can consume bleach to "cleanse" your urine to beat a drug test. But it's simply a myth. Put down the Clorox and go to Taco Bell [source: Mikkelson].

What about if a child (or mindless adult) unscrews a bottle of cleaner and takes a drink? Should you worry about drinking a mouthful of bleach? You'll probably be fine. Most household bleaches contain fairly low concentrations of sodium hypochlorite — about 3 to 6 percent. That's not an endorsement for trying it, but for the average adult, you shouldn't expect anything worse than an upset stomach [sources: May, Arizona Poison and Drug Information Center].

Now, what if you pop the cap and start guzzling away? Or what if you slurp from a more concentrated supply of industrial-strength bleach, where the percentage of sodium hypochlorite can swell to double digits? Or what if you scoff at warnings regarding Miracle Mineral Solution (which is 28 percent sodium chlorite) or similar quack remedies and swallow it anyway?

You're could be in for a world of hurt. Symptoms range from gagging, pain and irritation in the mouth and throat; pain and possible burns in the esophagus and stomach; vomiting; and shock can appear right away to within a few hours. If you don't treat the symptoms immediately, you can permanently damage your gastrointestinal tract and internal organs — and, depending on how much you drink, you could die [sources: Rettner, Benzoni and Hatcher].

Long-term damage and fatalities are uncommon, but it's still important to act quickly. As long as you aren't throwing up or convulsing, drink 4 to 8 ounces (118 to 237 milliliters) of milk or water to dilute the bleach [source: Arizona Poison and Drug Information Center]. Unless Poison Control says otherwise, don't make yourself throw up. After the ambulance arrives and you reach the hospital, possible treatment measures could include an endoscopy or a gastric lavage, a procedure to suck the contents of your stomach out through a tube [source: MedlinePlus].