What if Earth's Magnetic Field Flipped? 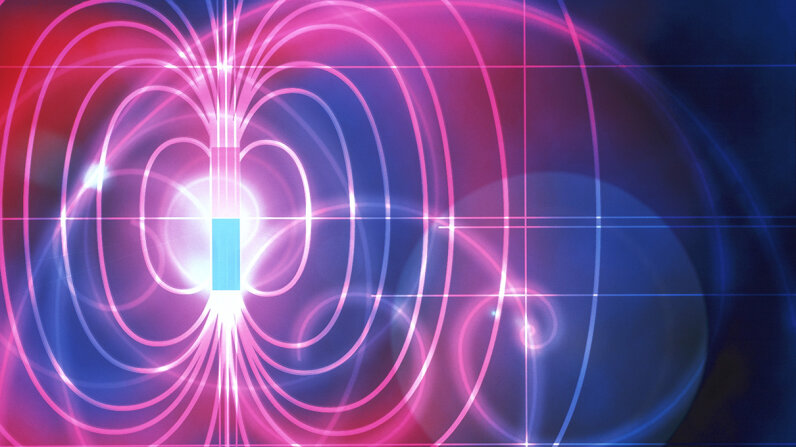 Earth's magnetic field has flipped many times throughout its existence. What can you expect when that happens? PASIEKA/Science Photo Library/Getty Images

Imagine getting out of bed and finding an upside-down world. Earth's magnetic field has flipped — now Greenland is in the Southern Hemisphere, Antarctica in the Northern. What should you expect from a planet where you can't trust a compass to point the way you're used to?

The magnetic field does more than provide compasses a reference point: It shields us from the full impact of the solar wind — charged particles emitted from the sun that would otherwise bombard us with ultraviolet radiation. The origins of the magnetic field start thousands of miles beneath Earth's surface, where convection in the outer core produces electrical currents that, in combination with Earth's rotation, create and sustain a magnetic field that runs through the planet like a bar magnet with two poles, north and south (aka the dipole).

When we talk about Earth's magnetic field flipping, we mean an event where those poles reverse. Based on information stored in cooled lava rocks, we know this has already happened before — about 170 times in the last 100 million years [source: Fleming]. The last time it happened was 780,000 years ago, though a temporary reversal occurred 41,000 years ago and lasted less than 1,000 years [source: Livermore and Mound]. The causes of these reversals remain mysterious, and there's no way to fully predict when the next one might occur [source: Roach].

Besides today's compasses pointing south instead of north, what would happen if the magnetic field flipped? While the atmosphere would still help shield the planet from radiation, the weakening of the magnetic field that precedes the reversal could make us vulnerable to cancer-causing energy particles and cosmic rays [source: Sanders]. A flipped magnetic field could seriously disrupt communications systems and power grids. It could also produce multiple north and south poles, and birds, whales and other migratory animals that use the field to establish a sense of direction could encounter problems.

That said, a reversal of the poles probably doesn't necessarily spell certain doom for humanity: There's no evidence that past flips of the magnetic field caused mass extinctions or other catastrophes. You'll definitely need a new compass though.