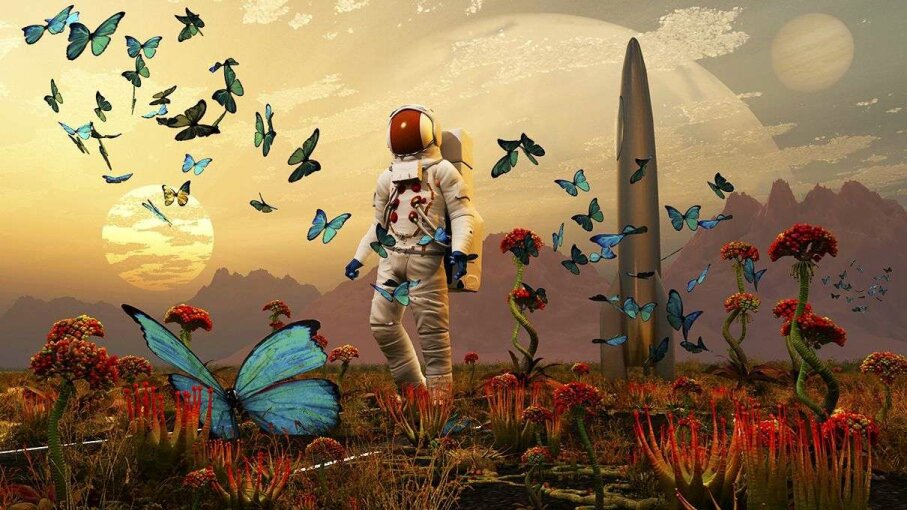 If you saw the movie "The Martian" or read Andy Weir's bestselling novel upon which it was based, you know that astronauts who travel to Mars will have to brave some daunting hazards from the planet's inhospitable environment. Exploring and colonizing the Red Planet would mean enduring extremes of heat and cold, ferocious sandstorms and an atmosphere that's too thin for them to breathe unassisted.

But even if the astronauts managed to survive all those conditions, a new study published in the journal Nature points out another, even more frightening problem. When the explorers eventually returned to Earth, they might have suffered so much brain damage they'd forget much of what they saw and learned.

The reason: Exposure to cosmic rays — highly-energized charged particles of mysterious origin, which may be the product of ancient supernova explosions — could fry their brains, resulting in cognitive impairment, paranoia and Alzheimer's-like dementia that would rewrite or wreck their memories. This form of dementia's been given the catchy name "space brain."

This is really, really bad news for Mars-bound astronauts. They'll be bombarded with such radiation for several years during a future mission, explains Charles Limoli, the study's lead author and a professor of radiation oncology at the University of California, Irvine school of medicine.

"Exposure to these particles can lead to a range of potential central nervous system complications that can occur during and persist long after actual space travel," Limoli said in a press release, "such as various performance decrements, memory deficits, anxiety, depression and impaired decision-making. Many of these adverse consequences to cognition may continue and progress throughout life."

Limoli and colleagues studied the effects of such radiation on rats, and it didn't take long for serious brain damage to set in. After just six months of exposure, the animals showed significant levels of brain inflammation and damage to neurons. As a result, their neural networks malfunctioned, and they performed badly on behavioral tasks designed to test memories and learning ability.

The good news is that NASA already is looking for ways to protect astronauts from cosmic rays. Conventional metal radiation shielding won't provide enough protection and would add too much heft to spacecraft and spacesuits. Shielding made from exotic hydrogenated boron nitride nanotubes might be a solution. On top of that, Limoli and his colleagues are working on a different idea — drugs that would thwart the chemical processes that cause brain damage and protect astronauts' neurotransmission.

Now That's Unlikely
In their original comic-book incarnation, the Marvel heroes known as the Fantastic Four gained their superpowers thanks to their exposure to a particularly intense cosmic radiation storm.