Space Community Vows to Bounce Back After Soyuz Mishap

by Mark Mancini Oct 22, 2018
The Soyuz rocket was launched with Nick Hague of NASA and Alexey Ovchinin of Roscosmos on Oct. 11, 2018. During the spacecraft's climb to orbit, an anomaly occurred resulting in an abort downrange. The crew was quickly recovered and unharmed. NASA/Bill Ingalls

The failed Russian Soyuz spacecraft that occurred in Kazakhstan on Oct. 11, 2018, has raised some concerns about the International Space Station (ISS). Global space agencies hope that the snafu — which claimed no lives — was just a minor setback, but it could leave the ISS without a crew in the near future.

On the morning of Oct. 11, 2018, Russia's Soyuz-FG rocket was slated to deliver a pair of astronauts up to the ISS. Nearly two minutes after it launched out of the Kazakhstan-based Baikonur Cosmodrome spaceport, the vessel malfunctioned, triggering automatic escape mechanisms and aborting the mission.

After a ballistic, 34-minute descent on the Soyuz-FG capsule, NASA astronaut Tyler Nicklaus "Nick" Hague and Russian cosmonaut Alexey Ovchinin returned to Earth. Though the duo landed a full 310 miles (500 kilometers) northeast of the original launch site, neither man was hurt.

Since 2011, the Russian-owned Soyuz rocket line has monopolized the transport of humans to the ISS. Rides on this extraterrestrial taxi service aren't cheap: In exchange for letting Americans travel via Soyuz, Russia's government charges a fare of $81 million U.S. dollars per astronaut.

Up until Oct. 11, the Soyuz-FG carrier rocket had a 100 percent success rate, with more than 50 crewed — and accident-free — spaceflights to its credit. Russia is still figuring out what exactly went wrong on the latest mission, but analysts have a good general idea.

Astronauts aboard the Soyuz-SG sit over three sets, or "stages," of propulsion equipment arranged in a vertical column. The stages are designed to harmlessly break away in a specific order. Yet during the Oct. 11 launch, at an altitude of 31 miles (50 kilometers), one of the first-stage rocket boosters crashed into another component. "The rocket stopped its normal flight and after that the automatic [escape] system did its work," Sergei Krikalev, director of manned spaceflight at Roscosmos (Russia's space agency) explained in a statement.

Roscosmos won't consent to launching any more manned spaceflights until the recent accident's precise cause has been identified. The organization also plans to hold off on all human-bearing missions until after it's successfully executed three crewless Soyuz launches using robotics.

Meanwhile, NASA has said that its ISS-bound astronauts will continue to rely on Soyuz rockets for the time being. However, if Roscosmos is unable to get that spaceflight program up and running again, the ISS may be forced into an uncertain predicament. The private companies Boeing and SpaceX are — on NASA's behalf — developing new shuttles intended to act as Soyuz replacements. But neither organization will be ready to wheel out its finished product until at least 2019.

The ISS's current three-person crew — American astronaut Serena Auñón-Chancellor, German Commander Alexander Gerst and Russian cosmonaut Sergey Prokopyev — is still able to receive supplies from unmanned ships. The crew was scheduled to return to Earth in December and be replaced by a new crew, but their mission could now be extended. If no Soyuz rockets are available by then, the astronauts may have to return via the Soyuz capsule currently docked to the ISS. That's because each Soyuz spacecraft can only stay docked to the ISS for about 200 days. The one there now will expire around January 2019, leaving the crew few choices: Be stranded or abandon the ISS.

Neither option is a good one. NASA and other space agencies would have no way to replace the ISS astronauts with new crewmen. That could result in an unprecedented situation: The $100 billion ISS being operated remotely by ground controllers with no human crew on board — a scenario NASA would rather avoid. Roscosmos will give Soyuz flights another whirl on Oct. 24, when one of their unmanned rockets is to embark on a spaceward journey with a military satellite in tow.

NOW THAT'S INTERESTING
Russian cosmonaut Alexey Ovchinin Ovchinin had already been to the ISS, but NASA astronaut Tyler Nicklaus "Nick" Hague was supposed to make his debut there when the Soyuz rocket failed. "I expected my first trip to space to be memorable," Hague said in a press conference. "I didn't expect it to be quite this memorable." Should all go well, he and his colleague may get another chance at visiting the ISS.

Who Decides When Your Social Security Check Increases?

How to Answer the Dreaded Question 'What Are Your Salary Requirements?' 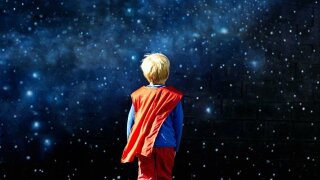 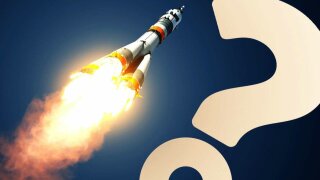 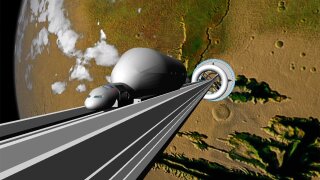