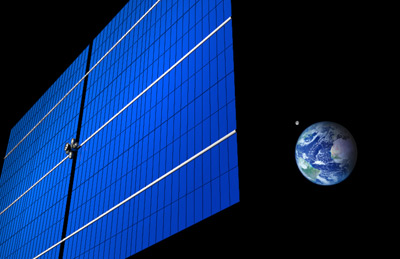 The idea of a space elevator shares many of the same elements as the transcontinental railroad. A space elevator would create a permanent Earth-to-space connection that would never close. While it wouldn't make the trip to space faster, it would make trips to space more frequent and would open up space to a new era of development. Perhaps the biggest factor propelling the idea of a space elevator is that it would significantly lower the cost of putting cargo into space. Although slower than the chemically propelled space shuttle, the lifters reduce launch costs from $10,000 to $20,000 per pound, to approximately $400 per pound.

Current estimates put the cost of building a space elevator at $6 billion with legal and regulatory costs at $4 billion, according to Bradley Edwards, author of the "The Space Elevator, NIAC Phase II Final Report." (Edwards is also the Dr. Bradley Carl Edwards, President and Founder of Carbon Designs.) By comparison, the cost of the space shuttle program was predicted in 1971 to be $5.2 billion, but ended up costing $19.5 billion. Additionally, each space shuttle flight costs $500 million, which is more than 50 times more than original estimates.

The space elevator could replace the space shuttle as the main space vehicle, and be used for satellite deployment, defense, tourism and further exploration. To the latter point, a spacecraft would climb the ribbon of the elevator and then would launch toward its main target once in space. This type of launch would require less fuel than would normally be needed to break out of Earth's atmosphere. Some designers also believe that space elevators could be built on other planets, including Mars.

NASA funded Dr. Edwards' research for three years. In 2005, however, it only awarded $28 million dollars to companies researching the space elevator. Although it's still very interested in the project, for now it would prefer to sit back and wait for more concrete developments.

For lots more information on space elevators and related topics, check out the links below.

In February 2006, the LiftPort Group announced that it successfully launched a platform using high-altitude balloons. These balloons kept the platform a mile in the air for six hours.