by Patrick J. Kiger Jan 14, 2019
The CHaracterising ExOPlanets Satellite (CHEOPS) is shown at the ESA's technical center in the Netherlands in September 2018. CHEOPS is launching between October and November 2019 and will be the first mission to measure light from exoplanets. European Space Agency

For those who contemplate the cosmos, 2019 already is shaping up to be a pretty spectacular year. On Jan. 1, NASA's New Horizon's spacecraft flew by Ultima Thule, an object in the Kuiper Belt some 4 billion miles (6.4 billion kilometers) from Earth, and sent back pictures of a bizarre miniature world shaped like a bowling pin. In the days and months ahead, we'll be gazing in wonder at more images and other data from New Horizon, as it continues its exploration of that mysterious realm, which may contain secrets about the origin of the solar system. Not quite two days later, a Chinese probe, Chang'e-4, became the first spacecraft to ever land on the far side of the moon.

But that was just the start. Here are some of the key events, from meteor showers to space exploration milestones, that we can expect this year.

This lunar eclipse will occur when the moon will pass through Earth's umbra, the inside region of its shadow, over a five-hour period, Sky and Telescope reports. Moon gazers should watch for subtle shifts in brightness and hue as the eclipse progresses. The eclipse will be a night event for people in North and South America and a morning event for people living in Europe and Africa. During the 62 minutes when the moon is dark, watch for a patch of light about 6 degrees to the East. That's the Beehive Cluster, a swarm of about 1,000 stars.

SpaceIL, a nonprofit venture, plans to launch an $88 million lunar probe aboard a SpaceX Falcon 9 rocket. If successful, the mission would make Israel the fourth country to achieve a soft landing on the moon, after Russia, the U.S. and China. The four-legged lander will weigh around 1,322 pounds (600 kilograms), the smallest spacecraft to land on the moon, and will transmit high-definition photos and video.

Another new country hoping to make it to the moon is India. The Indian Space Research Organization's Chandrayaan-2 probe, whose launch date has been delayed, also may be launched in February, according to India Today. "This is a big year for the moon," explains Dale Skran, executive vice-president of the National Space Society, a nonprofit organization.

February: A Japanese Space Probe Will Collect Samples of An Asteroid

The Japan Aerospace Exploration Agency's probe Hayabusa2 reached the near-earth asteroid Ryugu last year, and deployed rovers that sent back images of the surface. But between Feb. 18 and Feb. 23, the spacecraft itself will start descending from its position 12.4 miles (20 kilometers) above the asteroid's surface, and land on it in order to collect fragments of the asteroid that it eventually will transport back to Earth for study. These may provide clues about how the solar system was formed. NASA's OSIRIS-REx spacecraft, which is studying the asteroid Bennu, isn't scheduled to attempt a landing and sample gathering until 2020, according to The New York Times.

For the first time in eight years, a space launch from U.S. soil is scheduled to carry NASA astronauts into space aboard SpaceX's Crew Dragon spacecraft to the International Space Station. (An unmanned test of the spacecraft, originally scheduled for Jan. 17, has been pushed back into February.) Boeing also is preparing to transport NASA astronauts into space this year.

This will be the first total solar eclipse since the Great American Eclipse of 2017, and in contrast to that event, that you'll have to be in the Southern Hemisphere to see ig. It'll happen near sunset on July 2, and the best locations for viewing will be in central Chile and Argentina, or from a ship in the Pacific Ocean.

Meteor fanciers should plan on being out in the backyard on these nights, when the Perseids — debris from the comet 109P/Swift-Tuttle — flash across the sky. They got their name because they appear to originate from a spot in the sky near the constellation Perseus, according to the American Meteor Society.

The European Space Agency's CHaracterising ExOPlanet Satellite (CHEOPS), scheduled for launch between Oct. 15 and Nov. 14, will be the first mission designed to measure light from planets orbiting stars outside our solar system. Skran thinks that exoplanet research could stimulate interest in human colonization. "One of the things that dampened space exploration was when people realized that Venus was hell, and Mars was a desert," he says. "But it's becoming clear that there are a lot of planets out there, and a lot are Earth-like."

This is the most spectacular event of the year for meteor watchers, with a strong shower of objects that are often bright and intense in color. The moon will be 96 percent full that night, though, which may obscure the may obscure the show a bit.

5 Reasons to Blow Your Nose Gently 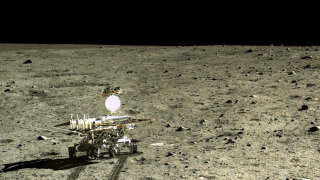 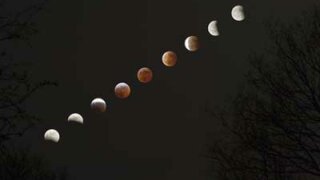 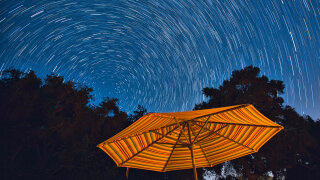