The Soviets worked on Project Vostok, their program to put a man in space and ultimately in Earth’s orbit.  Meanwhile in the United States, NASA began Project Mercury and recruited seven astronauts to train and fly the Mercury spacecraft.  The two programs were very different in many respects: 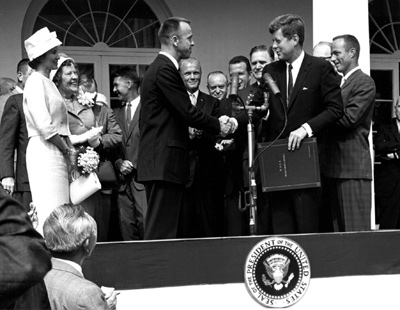 The United States responded by putting Alan Shepard into space aboard Freedom 7 on May 5, 1961.  This brief, 15 minute sub-orbital flight did not match the accomplishment of the Soviets, but put America on track in the space race.  Weeks after Shepard’s flight, President Kennedy challenged America and committed NASA to sending a man to the Moon and back before the end of the decade; this move clearly escalated the space race with the Soviets. With the direction of then Vice President Lyndon B. Johnson, Congress appropriated funds and NASA expanded its programs to achieve President Kennedy’s vision. 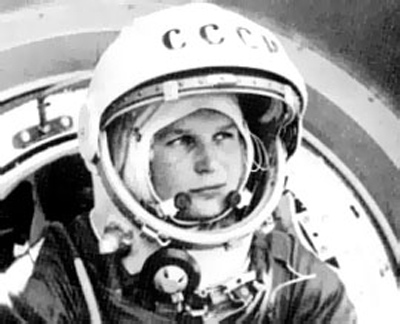