How do space telescopes die? 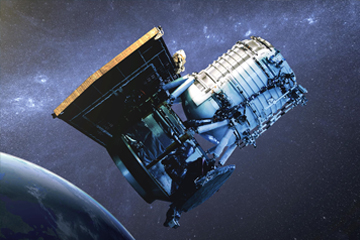 Sometimes telescopes like the Wide Infrared Survey Explorer are brought out of hibernation for new missions.
Image courtesy NASA/JPL-Caltech

It would be lovely to think that when a telescope is very, very old, it's driven to a really nice farm outside the city where it's free to spend its days gazing at pastoral scenes. Unfortunately, the reality is much more varied -- and occasionally, quite a bit harsher. But that doesn't mean that every obsolete telescope burns in a fiery blaze in the atmosphere. (Although, to be fair, some do. NASA's Fermi Gamma-Ray Space Telescope has thrusters that will accelerate it out of orbit, allowing for a space cremation after its work is over [source: NASA].)

Consider the WISE telescope. No, I'm not yelling at you to understand just how smart it is; WISE stands for Wide-field Infrared Survey Explorer. Measurements of asteroids and comets can be taken from the images that the WISE provides, and during its primary mission from 2010 to 2011, it catalogued 158,000 minor planets [source: IPAC]. Scientists thought it deserved a good rest, so it went into hibernation in 2011.

In 2013, however, researchers decided it was time to get the band together again. WISE was brought out of hibernation and rechristened NEOWISE. Instead of planet hunting, NEOWISE will spend a planned three years detecting and measuring "near Earth objects," or NEOs. (Get it?) Within days of getting back in the game, NEOWISE had found a potentially risky NEO [source: IPAC].

Even telescopes that have broken can find a new life after their mission is over. Just like Donald Trump, Walt Disney and Henry Ford before them, space telescopes can come back from professional failure to prosper again. The Kepler space telescope was taken for a goner when one of its steadying reaction wheels broke. It couldn't hunt for planets around faraway stars, after all, if it couldn't hold its gaze on one place without wobbling.

But scientists weren't deterred. There's a lot more to study in space than planets, after all, and with a $600-million price tag, they decided it might be nice to get a little more use out of old Kepler [source: Kepler]. By June 2014, Kepler was at it again on a mission dubbed K2. Essentially, engineers figured out a way to use the sun to help stabilize the spacecraft and look in new fields [source: NASA].

Of course, let's not forget one big reason for telescope death: lack of funding. So if you don't want to see telescopes shuffle off this mortal coil (or you want them to swiftly fly from it), your representatives in Congress might be the ones to call.