Some Ground Rules for Alien life 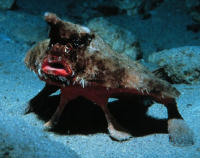 Alien life would be governed by laws of physics and chemistry.

Alien life would be based on some type of chemistry (eliminating the sci-fi concept of pure-energy beings).

Alien beings that are larger than microbes would have some equivalent of cells. As an organism gets larger, its internal volume (cubic function) grows faster than its surface area (square function). This places a limit on the organism's size, because substances from the outside of the organism must pass into and throughout the organism by diffusion, which depends upon large surface areas, short distances and differences in concentrations. As an organism grows larger, the distance to its center increases and diffusion gets slower. To maintain workable diffusion distances, an organism must have many small cells instead of one large cell. So, an alien would be multi-celled if it is larger than a microbe. (We would not expect to find a light-years wide, single-celled organism like that portrayed in the original Star Trek episode "The Immunity Syndrome.")

Alien life would evolve and adapt to its surroundings by the theory of evolution as previously explained.

The physiological make-up of a multi-celled alien would be most suited to its environment. Organ systems would be adapted to environmental conditions such as temperature, moisture and gravity.

Alien organisms would probably have similar ecological structures to life on Earth.