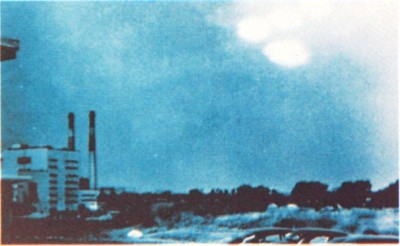 What could be the official explanation of these strange nocturnal lights?
Mary Evans Picture Library

Possessing the most sophisticated electronic intelligence (ELINT) gear available to the U.S. Air Force, the RB-47 could handle anything.

Unfortunately, in the morning hours of July 17, 1957, over the southern United States, an RB-47 came across something it was unprepared for.

In the first hint of what was to come, one of the three officers who operate the electronic countermeasures (ECM) equipment detected an odd signal. Moving up the radar screen, the blip passed some distance in front of the RB-47, then over Mississippi. Though puzzled, he sai­d nothing. However, a few minutes later, at 4:10 A.M., the sudden appearance of an intense blue light bearing down on the aircraft shook the pilot and copilot. Even more unnerving, the object changed course in the blink of an eye and disappeared at the two o'clock position. The aircraft radar picked up a strong signal in the same spot. The UFO maintained this position even as the RB-47 continued toward east Texas.

The pilot then observed a "huge" light, attached, he suspected, to an even bigger something that the darkness obscured. When the electronics gear noted the presence of another UFO in the same general location as the first, the pilot turned the plane and accelerated toward it. The UFO shot away. By now the crew had alerted the Duncanville, Texas, Air Force ground radar station, and it was soon tracking the one UFO that remained (the second had disappeared after a brief time). At 4:50 radar showed the UFO abruptly stopping as the RB-47 passed under it. Barely seconds later it was gone.

This incredible case -- considered one of the most significant UFO reports ever -- remained classified for years. When it became known years later, the Air Force declared that the RB-47 crew had tracked an airliner. Physicist Gordon David Thayer, who investigated the incident for the University of Colorado UFO Project, called this explanation "literally ridiculous."­