Should We Cloak Earth to Hide It From Evil Aliens?

by Patrick J. Kiger Apr 8, 2016
A laser beam based on Earth or placed in orbit could obscure the transit of Earth from prying alien eyes. Loops7/Bethany Clarke/Getty

Theoretical physicist Stephen Hawking raised a stir back in 2010, when he warned that researchers should resist the urge to try communicating with extraterrestrial intelligent life, should they ever find it.

Hawking envisioned alien visitors as being less like E.T. and more like Christopher Columbus who, after encountering native people in the New World, noted in his journal that they were unarmed and would make good servants, once subjugated.

"We only have to look at ourselves to see how intelligent life might develop into something we wouldn't want to meet," Hawking cautioned.

Other scientists didn't necessarily agree with Hawking. Jill Tarter, the Bernard M. Oliver Chair for SETI at the SETI Institute, argued that if aliens had technological capabilities advanced enough to reach Earth from a distant exoplanet, they probably wouldn't need food, slaves or other resources from additional worlds. "If aliens were to come here it would be simply to explore," she said.

But in case you're thinking that we're better off not taking any chances with aliens, this may put you at ease. In a just-published article in Monthly Notices of the Royal Astronomical Society, Columbia University astronomy professor David M. Kipping and graduate fellow Alex Teachey propose using lasers to conceal Earth from aliens.

The researchers' brainstorm assumes that aliens are using the same techniques that we are to search for exoplanets, such as looking for the reduction in light when a planet moves directly in front of the star it orbits. Those events, called transits, have been used by NASA's Kepler orbital observatory to spot (and confirm) more than 1,000 exoplanets, including about 50 the size of Earth.

If we discovered a planet with an alien civilization before it discovered us, Kipping and Teachey think it would be possible to keep its astronomers from spotting Earth's transit, using existing technology. All we'd have to do to obscure the transit in visible light is aim a 30-megawatt laser beam in the direction of the aliens' solar system for about 10 hours annually. That would be enough. How? The laser would provide enough light to make up for the dimming that occurred during the transit.

That isn't that much juice. It's about what the International Space Station needs to collect with its solar panels each year to operate.

If we wanted to be even trickier, we could gamble that the aliens are looking not just for rocky planets that might sustain life, but for actual signs of it. In that case, the researchers write, we could use a less powerful laser — about 160 kW — to blot out the light bouncing off our atmosphere that might reveal its chemical composition.

"Indeed, the presence of an atmosphere could be cloaked altogether if the effective height changes of the planet as a function of wavelength are canceled out by lasers," the researchers write. "The planet might then resemble a dead world totally devoid of any atmosphere and appear almost certainly hostile to life."

"There is an ongoing debate as to whether we should advertise ourselves or hide from advanced civilizations potentially living on planets elsewhere in the Galaxy," Kipping says in a press release. "Our work offers humanity a choice, at least for transit events, and we should think about what we want to do."

Kipping says in an email that the lasers could be based on Earth or placed in orbit. "Space is better as you don't have to deal with the Earth's atmosphere which can distort the lasers," he explains. He didn't have a precise estimate of the cost, but he thinks it could be done for less than $1 billion.

The system described in the article would only prevent aliens from detecting visible light. "We also proposed using tunable lasers to make the cloak work across the entire spectrum," Kipping says. "It needs about ten times more power and of course tunable lasers cost more too, but it is feasible and here you are probably talking billions of dollars."

Now That's Interesting
There was a time when aliens might have been able to detect us from our radio and television broadcasts, which created a 50-light-year-wide shell of radiation that would have been a dead giveaway. But astronomer Frank Drake, who pioneered the search for extraterrestrials back in the 1960s, said in 2010 that the switch from analog to digital transmission was wiping out that radiation shell.

Where Does 'Rogue One' Fit in the Star Wars Universe?

Marked at Birth: Your Birth Month, Allergies and DNA Are Linked 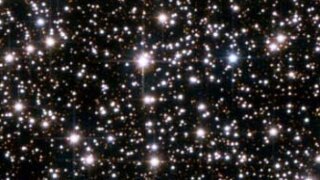 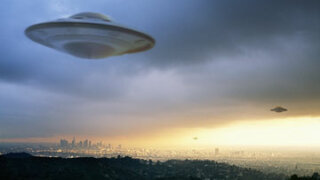 What Are UFOs really?