The Government and UFOs 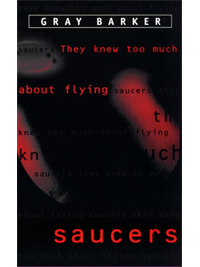 Back in the 1940s, the United States government was heavily into UFO research. The U.S. Air Force began investigating UFOs in 1948 under a program called Project Sign. The name was later changed to Project Blue Book, and between 1948 and 1969, the government investigated more than 12,000 UFO sightings. Of these, 11,917 were discovered to be terrestrial objects such as weather balloons and satellites; weather phenomena such as lightning and reflections; astronomical occurrences; or hoaxes. The remaining 701 cases were unexplained.

UFO research continues in the private sector. The SETI (Search for Extraterrestrial Intelligence) Institute regularly monitors the skies, searching for signals from faraway planets. In the late 1990s, they picked up on something -- a repeated pattern coming from about 1 million miles away. But within a few hours, SETI scientists had identified the pattern as a signal from a sun-watching observatory called SOHO, which is in orbit about 1 million miles from Earth. (To learn more about SETI, its projects and how you can be a part of the search, see How SETI Works.)

Although Project Blue Book ended the official government investigation into UFOs, there are those who believe the government is hiding something.

On a summer evening in 1947, residents just outside of Roswell, N.M., saw strange lights in the sky and then heard a loud crash. In the morning after a rash of severe thunderstorms, a ranch foreman named Mac Brazel was out checking his sheep when he found strange debris. He contacted his local sheriff, who notified the government. The debris was taken to Roswell Army Air Field and eventually flown to Wright Field in Dayton, Ohio. On July 8, 1947, Colonel William Blanchard of the 509th Bomb Group in Roswell issued a press release stating that the military had recovered the wreckage of a "crashed disc." A few hours later, General Roger Ramey, Commander of the Eighth Air Force at Fort Worth Army Air Field in Texas, issued a second press release repudiating the first. According to Ramey, the debris Blanchard's men had recovered was nothing more than a weather balloon and its radar detector.

Which press release was true? UFO believers say the first one was true, and the second was part of an elaborate cover-up that has stretched on for more than a half-century.

They believe that the government actually recovered a craft and its alien crew. Eyewitnesses report having seen covered bodies being carried away by the military. A few people said they were present at an alien autopsy. Roswell theorists say the government has been secretly meeting with aliens since the crash at a place called Area 51 in a remote part of Nevada.

Another theory relating to the government's supposed cover-up involves the silencing of witnesses. A number of UFO witnesses report having been visited by men in black suits who tried to intimidate them into silence. These so-called "Men in Black," who came to the public's attention in Gray Barker's 1956 book, "They Knew Too Much about Flying Saucers," are thought to be either aliens hiding their own evidence or government agents trying to cover up alien landings. According to most sources, Barker's book is a work of fiction. The mythology surrounding the Men in Black has spawned two popular movies, a TV series and a video game.

While the government denies any involvement in UFO cover-ups, another group of people claim very intimate involvement with UFOs: alien abductees.

An English businessman named Ray Santilli claims that while researching film footage for a music video, he stumbled upon footage of an alien autopsy from the 1947 Roswell, N.M., UFO crash. The footage subsequently aired on a 1995 Fox TV special, "Alien Autopsy: Fact or Fiction?" Fox later came out and admitted that the footage was a hoax, shot in 1994 with actors.