by Patrick J. Kiger May 16, 2016
Ironhead Studios, recently hired to help SpaceX design its spacesuits, is behind the look of the Iron Man suit seen on this poster from the film "Iron Man 2." Marvel Entertainment

In a recent interview with Bleep, Fernandez says that he spent six months working on a design for a suit that engineers are now "reverse-engineering" to make it functional for space flight.

"It had to be practical but also needed to look great," he explains.

Fernandez doesn't reveal any details of what the SpaceX suit would look like, and company spokesman Phil Larson declined to comment on the company's plans. But in a 2015 Reddit post, SpaceX founder Elon Musk did reveal that the company is "putting a lot of effort into design esthetics, not just utility. It needs to both look like a 21st century spacesuit and work well. (It's) really difficult to achieve both."

If you want to learn a little more about Ironhead's design process, check out this Tested video about their superhero costume design process:

At this point, nobody, except for perhaps Musk and his design team, knows what SpaceX's suit will actually look like when finally unveiled. But outside experts in spacesuit design have plenty of ideas about what innovations they'd like to see in next-generation spacesuits, and they're hoping that SpaceX manages to advance astronaut attire in the same way that it's led the way in reusable space rockets. Moreover, they say that Musk is on the right track, and that aesthetics and function can fit hand in glove. They envision more functional space suits of the future will look really cool as well.

"We're visual creatures," says Virgil Calejesan, a designer for Final Frontier Design, a Brooklyn, N.Y.-based startup firm that is developing gear to market to NASA and private space companies. "When we evaluate something like a space suit, we don't just want it to work well. We want it to look safe and reliable, so that we feel that way when we're wearing it."

Calejesan's educated guess is that SpaceX probably is developing an IVA, or intervehicular activity suit. That's the sort that astronauts wear inside the spaceship, as opposed to an extravehicular activity suit, or EVA, the type of gear that they would wear on a spacewalk or when venturing out onto to the surface of the Moon or Mars. An IVA suit's main function, he explained, is to provide backup protection for astronauts, in the event that their spaceship suffers a mishap and becomes depressurized.

The state of the art in IVAs hasn't advanced that much over the past few decades. Basically, they're the equivalent of inflatable balloons, which push against the astronaut's body to keep it pressurized. But newer, lighter materials and designs will enable suits of the future to maintain pressure with fewer bulky layers, Calejesan says. Such streamlined designs also could make future spacesuits much more flexible and comfortable than existing gear.

In 2014 researchers at Massachusetts Institute of Technology unveiled a design for the MIT Biosuit. Instead of using gas pressure, the skintight, super-flexible uniform has spring-like alloy coils that "remember" an engineered shape built right into the fabric. That enables the biosuit to be sleeker and more flexible than existing suits.

The coils were designed by Brad Holschuh, who at the time was a post-doctoral researcher at MIT and now is an assistant professor in the University of Minnesota's apparel design program, and co-director of that school's Wearable Technology Lab.

Holschuh says that he sees such skintight suits as the wave of the future, and hopes that SpaceX will help advance the state of the art by adopting such a design.

"If you design a suit that's really functional, it can end up looking really good," Holschuh says.

Interested in learning more about the gear that keeps humans safe from the deadly void of outer space? Check out this BrainStuff video:

Now That's Interesting
The EVA spacesuit worn by Apollo astronaut Neil Armstrong in 1969, when he became the first man to walk on the moon, had 21 layers of synthetics, neoprene rubber and metalized polyester films; it was created by International Latex Corp. of Dover, Del., the same company that also manufactured Playtex bras and girdles.

The Sound of Ancient Irish Horns, Rediscovered in Modern India

Did the Chinese Invent the Superhero Team? 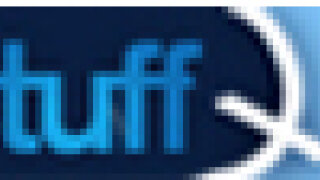 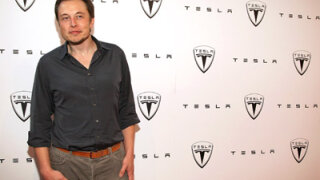