When the Falcon Heavy rocket successfully rumbled off its Florida launching pad at NASA's Kennedy Space Center Tuesday, Feb. 6, 2018, it heralded a new era of audaciousness, both in humanity's quest to conquer space and for the man who hatched the latest space dream, businessman/brainiac/audacious dreamer Elon Musk.

The trick for Musk and his rocket ship company, SpaceX, was making sure that "when" happened. Though the launch's original 1:30 EST was pushed back to 3:45 EST due to upper atmosphere winds being 20 percent above the maximum allowable load, the launch auto-sequence was initiated.

The Falcon Heavy lifted off Tuesday at 3:45 EST, and was livestreamed at spacex.com/webcast. It reached the outer atmosphere of Earth, immediately earning the distinction of becoming the world's most powerful rocket to do so. Plus, it now paves the way for lifting bigger, more powerful (and more profitable) cargo into space. And, it becomes a tangible next step for one of Musk's most mind-blowing pet projects — getting humans to Mars.

The hedging on Tuesday's launch wasn't so much doubting Musk, who despite his problems delivering on his wild dreams on time, mostly delivers. SpaceX is coming off an awesomely successful year. Tesla, his electric car company, has turned the transportation industry inside out and is the darling of millions of investors (even if that Model 3 isn't quite in everybody's garage who wants one just yet). He just sold 20,000 flamethrowers, for heaven's sakes.

The doubts surrounding the Falcon Heavy, instead, were acknowledgments of what a technological bear this space business is. Musk is the first to admit it.

"I want to make sure to set expectations accordingly," Musk said of the Falcon Heavy at the International Space Station Research and Development Conference last summer. "I hope it makes it far enough beyond the pad so that it does not cause pad damage. I would consider even that a win, to be honest."

The Falcon Heavy — it and other SpaceX rockets are named for the Millennium Falcon, the rebel ship in the "Star Wars" films piloted by Han Solo — has 27 engines in its first stage. They all had to fire at once to create the more than 5 million pounds (2,267 metric tons) of thrust to get this 230-foot (70-meter), 3 million-pound (1,360-metric ton) baby off the ground.

The Falcon Heavy is made up, essentially, of three Falcon 9 rockets (the Heavy's popular predecessor) strapped together, side by side, with the mission's payload on top of the middle rocket. (The taller second stage, the one on top of the rocket in the middle, has its own engine designed to operate in the vacuum of space.) After leaving the launch pad, the two side rockets (the boosters) eventually separated and — in a SpaceX technologically, economically and ecologically brilliant way — came back to Earth and landed, intact, at Florida's Kennedy Space Center, not far from where the Falcon Heavy took off.

The middle section (the center core), after it fired for a bit longer, separated from the second stage and landed, too, in the Atlantic on a floating "droneship" that SpaceX, in its millennial kind of way, has named "Of Course I Still Love You." Honestly, so much could have gone wrong.

This was only a dry run for bigger, better and undoubtedly more expensive things. SpaceX didn't have a client to pay the normal $90 million freight for this launch. This was, after all, Falcon Heavy's maiden voyage, so it was more about ironing out wrinkles. Though none seemed to appear.

The payload, someday, could be massive, equivalent to the weight of a loaded 737. Falcon Heavy can carry more than twice what the next biggest rocket can at a third of the cost, SpaceX says. But Tuesday, the payload was something much smaller and more personal: Musk's all-electric 2008 Tesla Roadster. The cherry-red Roadster was successfully deposited into space, where it will orbit the sun, and ultimately travel as far as Mars.

Nothing says confidence (or audaciousness) quite like shooting a rare, expensive sports car into space, never to return.

SpaceX, which resupplies the International Space Station, carries commercial satellites into space and conducts missions for U.S. "government science and national security missions," had 14 successful launches in 2017, according to Wired. All were powered by the reusable Falcon 9, a critical part of SpaceX's business plan. (Recycling pays off, you know?)

But all has not always been smooth for SpaceX, founded in 2002 with an eye toward colonizing Mars. (Musk, predicting an "eventual extinction event," says humans must become "a space-bearing civilization and a multi-planetary species.") The Falcon Heavy first was announced in 2011 and has been delayed many times since. Most notably, in September 2016 a Falcon 9 exploded spectacularly on a launch pad in Florida, destroying the rocket, the pad and a $200 million Facebook satellite.

All of SpaceX's missions so far have been unmanned, but several Falcon 9s have launched topped by SpaceX's Dragon, the predecessor to the Crew Dragon, which is designed to, someday, take people into space. SpaceX originally had plans to send citizen "tourists" around the moon in 2018 ... that's looking like another deadline missed.

With a successful Falcon Heavy launch now under its belt, a manned mission may not be far behind. Indeed, with a presidential directive in December to return to the moon, this good Falcon Heavy showing could put SpaceX in a position to be the carrier of choice for the next moon mission. With that, a colony on Mars could also become that much closer.

Crazy, you think? Audacious? Maybe. But so was Musk's idea of mass-market electric cars just a decade ago.

Now That's Interesting
Among those on Florida's Space Coast to witness the launch of the Falcon Heavy was Harrison Ford, the 75-year-old actor who portrayed Han Solo in several "Star Wars" films. Also on hand was Buzz Aldrin, 88, who in 1969 as a pilot on the Apollo 11 mission, became the second man (behind Neil Armstrong) to walk on the moon. 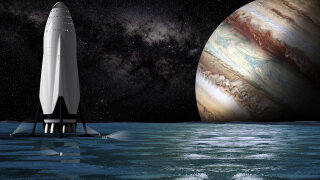 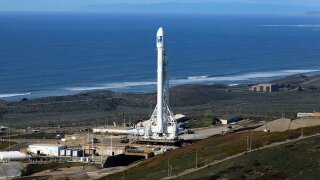 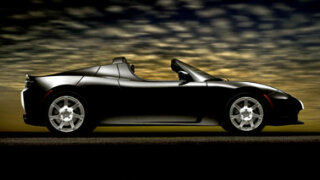 How the Tesla Roadster Works