by Sarah Gleim Aug 22, 2017
Sky-gazers were transfixed in Madras, Oregon, as the sun vanished behind the moon in a rare total eclipse that swept North America from coast to coast for the first time in nearly a century. ROB KERR/AFP/Getty Images

It's been 99 years since a total solar eclipse crossed the United States from coast to coast. So it's no surprise that citizens came out in droves on Aug. 21 to watch the moon pass between the sun and Earth, completely blocking out the sun in some locations. Many parts of the country were overrun with people gazing up at the sky to witness what could have been a once-in-a-lifetime astrological event — a total solar eclipse. Those along this 70-mile-wide (112-kilometer-wide) path of totality from Oregon to South Carolina were part of a rare event when the moon blocked out all of the sun's light, temperatures dropped and darkness fell — even if it was just for a few minutes.

A child looks toward the sky in awe at the Cradle of Aviation Museum in Garden City, New York during the eclipse on Monday, Aug. 21, 2017, when the moon passed in between the sun and Earth, blocking out sunlight.
NASA
A composite image of the total solar eclipse seen from the Lowell Observatory Solar Eclipse Experience in Madras, Oregon.
STAN HONDA/AFP/Getty Images
Image of the moon transiting across the sun.
Bruce Bennett/Getty Images
The International Space Station crossed the path of the eclipse three times as it orbited above the continental United States at an altitude of 250 miles (402 kilometers).
NASA
This composite image, made from seven frames, shows the International Space Station as it passes the sun at roughly 5 miles (8 kilometers) per second during the solar eclipse.
NASA
The sun eclipsed by the moon as seen above the Empire State Building in New York City on Aug. 21, 2017.
Gary Hershorn/Getty Images
Employees at NASA’s Johnson Space Center in Houston show how the solar eclipse changes the shadows cast by the sun.
NASA
Ona The Voodoo Bone Lady looks up at the total eclipse as she calls on ancestral spirits to bring about peace and unity in Hopkinsville, Kentucky.
Jessica Rinaldi/The Boston Globe/Getty Images
The corona is the outermost part of the sun's atmosphere that is visible during a total solar eclipse. The red spots, called Baily's beads, occur where the moon grazes by the sun and the lunar topography allows sunlight to shine through.
NASA/Carla Thomas
Solar eclipse watchers were ecstatic as the clouds broke minutes before totality during the total solar eclipse from Isle of Palms, South Carolina, one of the last vantage points where totality was visible on Aug. 21, 2017.
Pete Marovich/Getty Images

One city in the path of Monday's eclipse was Carbondale, Illinois. Carbondale also has the distinction of being in the path of totality during the next solar eclipse sweeping across North America on April 8, 2024. "It's going to go from Mexico to Texas, into the Ohio River Valley, upstate New York and New England, and it even crosses Carbondale," Alex Young, a solar astrophysicist with NASA's Goddard Space Flight Center, said during a live webcast from Charleston, South Carolina, Monday. It typically takes about 375 years for a total solar eclipse to pass over the same place on Earth twice. So Carbondale, you can go ahead and start planning now.

Should You Have to Prove You've Read an Article Before Commenting?

What Really Happened to Hitler? 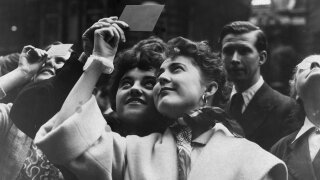 Throughout History, Humanity Has Marveled at Solar Eclipses 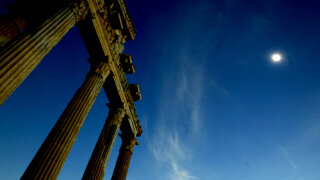 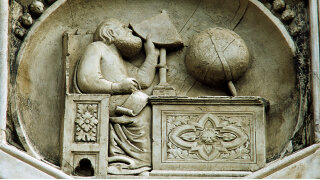